A new lift, which should have been included in the main Morley College building 45 years ago, was opened last week by one of the oldest students. 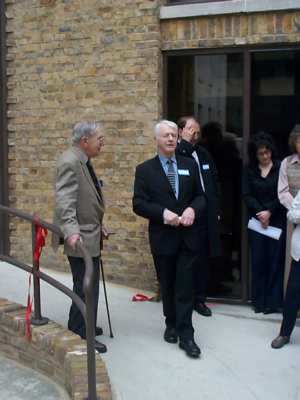 Phillip Waddington, one of the over 90s students who was standing-in for Muriel Green, with Morley Principal Bev Walters.

Phillip Waddington, who is over 90, stood in for 100 year old Muriel Green who at the last moment was unable to be present. 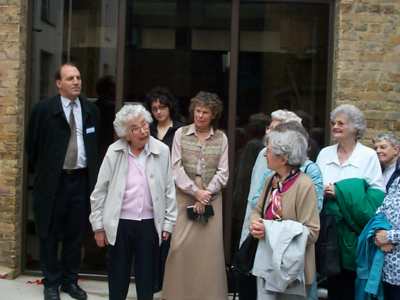 MPs Simon Hughes and Kate Hoey hear students pass on a message from 100 year old Muriel Green who was unable to be present to perform the opening ceremony.

Mrs Green is the oldest student and when she was born in 1902 the college was housed in The Old Vic Theatre. 52 classes were run that year "above, behind and below the stage". Now the Westminster Bridge Road based Morley College has 14,000 students with at least half living in Southwark and Lambeth.