Princess Alexandra was the guest of honour at the rededication of St Andrew's Church in Short Street - just yards from The Cut - on Wednesday. 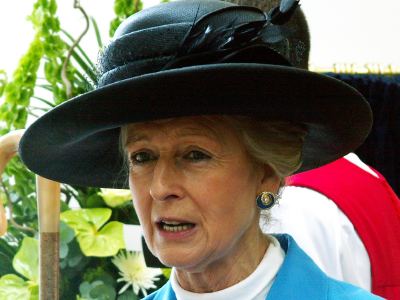 A new worship and community space has been created on the site of the old St Andrew's Church as part of a joint venture between the Parish of Waterloo and Manhattan Lofts Corporation. The Theatre View development is made up of 14 flats ranging in price from Ł425,000 to Ł635,000. 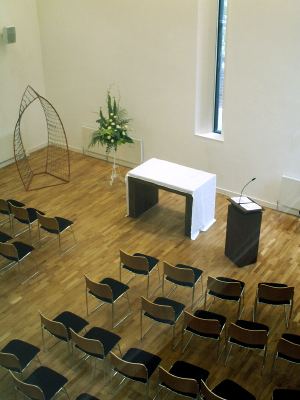 The new flexible community space will be the home of the South Bank Christian Studies Centre. It will also be used a meeting place for a support group for HIV-positive adults and children, a counselling service and the local Scout and Guide groups. 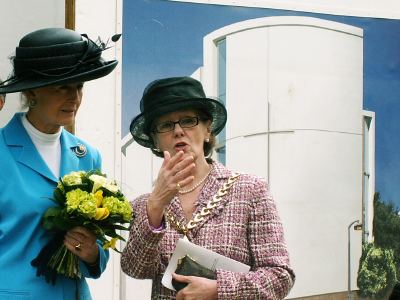 The Princess with the Mayor of Southwark, Cllr Vicky Naish

The short service of rededication was led by the Bishop of Kingston, the Rt Revd Richard Cheetham. After the service guests moved to the upstairs hall where the Princess was invited to unveil a plaque to mark the occasion. 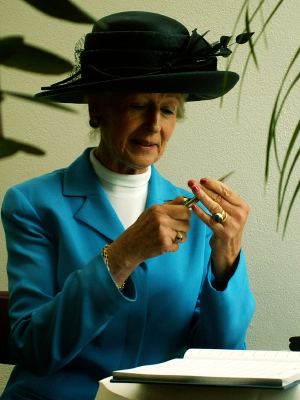 The Princess signs the visitors' book

Other notable guests included the Mayor of Southwark Cllr Vicky Naish and North Southwark and Bermondsey MP Simon Hughes. St Andrew's sits on the east side of Short Street which forms the borough boundary between Lambeth and Southwark.

Builders worked through the night to prepare the building for the Royal visit and rededication.

In his address the Bishop referred to the 150-year history of St Andrew's, which first opened in Coin Street in 1856.

He added that it was particularly appropriate that Princess Alexandra should be present, as her mother Princess Marina of Greece had laid the foundation stone of the post-war St Andrew's in 1958.

Princess Alexandra is no stranger to the parish of Waterloo, having performed the reopening of St John's Waterloo in 1998 following its restoration. She also attended a service at St John's in 2001 to mark the 50th anniversary of the Festival of Britain on the South Bank. 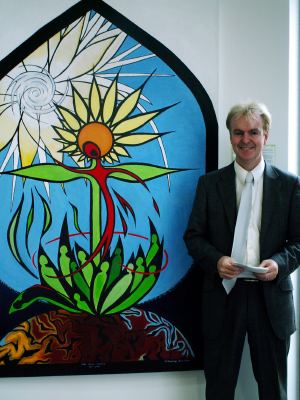 Local artist Roger Manning, who lives on The Cut, with his work The Holy Circle of Life in the entrance to St Andrew's

• There is an opportunity for local residents to visit the new church for tea, a tour of the building and a short act of worship on Sunday 14 May from 4pm.