Roast, the upmarket restaurant in Borough Market's Floral Hall, has opened its own sandwich stall in the market using produce sourced from neighbouring traders. 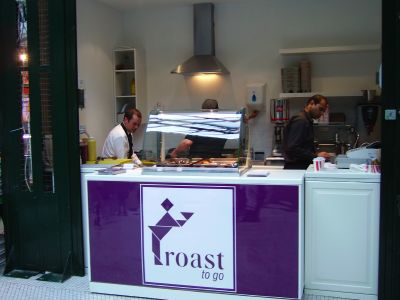 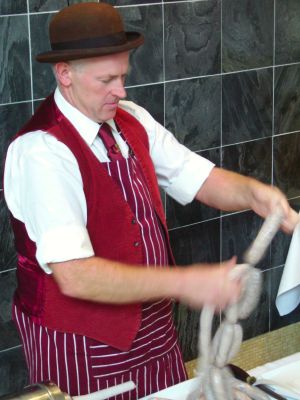 Eric Reeve of Sillfield demonstrates the Roast To Go sausages 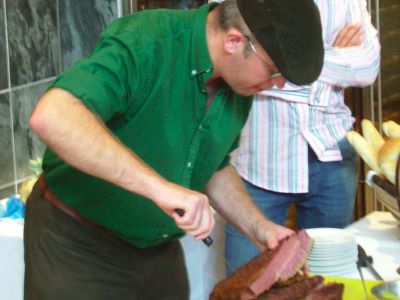 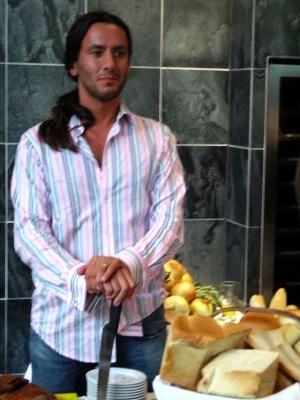 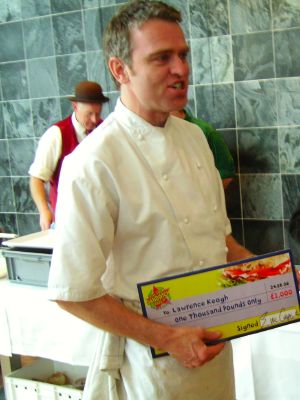 Roast To Go's bread comes from the Flour Power City bakery in Stoney Street who have made caraway seed bread and bridge rolls for the new venture.

At lunchtime the menu changes to include pastrami, salt beef and smoked trout sandwiches.

The pastrami is produced by Farmer Sharp from peppered briskets of his Galloway cattle.

Parent restaurant Roast was opened in October 2005 by Iqbal Wahhab, founder of The Cinnamon Club.