More than 4,000 photographs taken by residents living around Waterloo's Lower Marsh are on show outside the Royal Festival Hall. 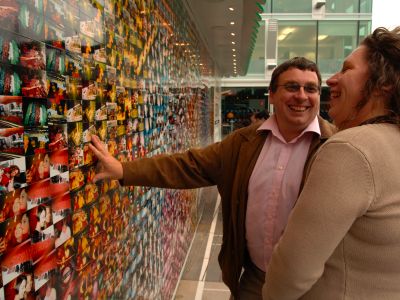 Kevin and Sheila Phillips of The Gallery on Lower Marsh 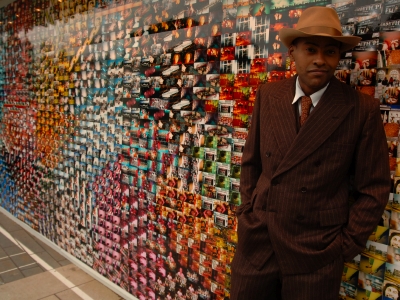 This first interactive LomoWall has been erected as part of the launch of the South Bank Centre's Poetry International, the UK's major poetry festival.

Sensors are embedded in the wall which visitors are encouraged to touch to trigger recordings of the residents' poems.

The project, called Trading Places, is inspired by Kwame Dawes' Wisteria: Twilight Songs from the Swamp Country which records the segregated lives of women from South Carolina. The youth group SE1 United, businesses and market stall holders in the Lower Marsh community were given Lomography Coloursplash cameras with which to record their lives and today's experiences.

Four poets, including Anna Robinson who has lived all her life in the area, worked with groups and individuals to encourage memories in poetry.

"As we head towards the re-opening of the Royal Festival Hall we will hear more and more of these voices and they will become part of the new landscape of the site."

The Trading Places LomoWall is on the riverside terrace outside the Royal Festival Hall until December.