The City of London Academy in Lynton Road has won the Prime Minister's Award for Better Public Building. 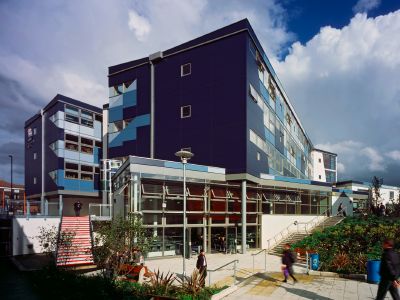 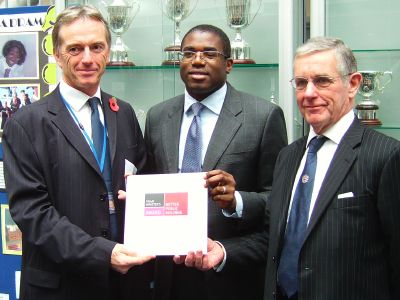 It's the first time that a school has won the annual award which was launched in 2001 when Tate Modern scooped the inaugural prize.

The comprehensive school in Bermondsey, designed by architects Studio E, beat off competition from 13 other shortlisted schemes – including the Evelina Children's Hospital – to clinch the prestigious prize.

Visited by Tony Blair on its first day in September 2005, the City of London Academy has proved hugely popular, with 1,370 pupils applying for 180 places last year.

The architects have designed the school to have a light and airy atrium at its heart, providing daylight and natural ventilation. This also acts as a dramatic entrance and social hub for the school.

Culture minister David Lammy visited the academy on Monday morning to present the award. "This is the benchmark for other schools that are to be built in this country over the months and years ahead", the minister told the assembled staff, pupils and guests.

"It was a very unusual, difficult site to create the academy and the building was completed on time and on budget," explains chair of governors William Fraser.

"A really good building demands respect from all who use it.

"The pupils have now been in this building for over a year and they have shown great respect and pride in this building, and that is a reflection on the quality of the design."

Simon Hughes MP spoke about the school's impact on the local community: "Those who remember this site before will remember that it was a completely derelict, empty, run-down, overgrown, dangerous and unpleasant site.

He added: "It had a controversial aspect ... [the academy] had to be willing to take a site that was a local park ... we had to confront that and it had to be part of the package replacing that space by equivalent space elsewhere."

Hughes acknowledged that the academy hadn't been universally welcomed: "At the beginning a lot of the community were very antagonistic ... and you have to take on sometimes the fact that in order to really lift the community and give it facilities, there will be disruption, there will be a building where the was no building, and there will be something that they can't envisage the benefit of until the end of the process.

He continued: "There may be one or two people who are still unhappy. But who have been the people who have been most desperate to get their kids into this school? The people who live nearby. Of course they are. Because it's a school that gives – in every sense – pride to this community."