Bishop of Southwark thanks well-wishers

The Bishop of Southwark used his sermon in Southwark Cathedral on Sunday to thank those who had sent messages of support at what he described as "a difficult time". 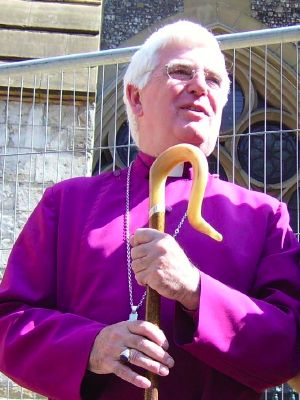 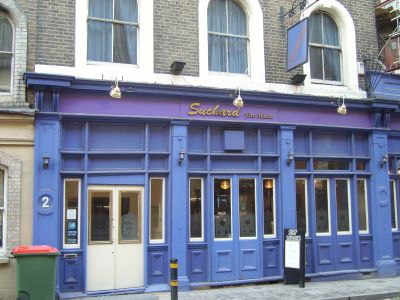 The Bishop of Southwark, the Rt Revd Dr Tom Butler, began his sermon at a special service of Choral Evensong for the installation of new honorary canons and cathedral chaplains by thanking those who had given him their support.

The Bishop said that he was grateful for "...the many messages of support I have received at this difficult time for me. You'll understand that obviously I can't say any more at this stage, but it's very good to be with you this afternoon in our cathedral..."

Mystery surrounds how the Bishop sustained a head wound and came to lose his briefcase on Tuesday night.

A spokeswoman for the Bishop confirmed that he had attended a diplomatic reception in Belgravia on Tuesday evening and had left to travel to his home in Tooting by public transport.

When he arrived home he had a wound to the head and had lost his briefcase, mobile phone and spectacles.

The Bishop says that he has no memory of what happened between leaving the party in Belgravia and arriving home.

He reported the loss of his belongings to the police and sought medical attention for his head wounds.

On Wednesday evening he presided at the induction of the new vicar of All Saints Church in West Dulwich, where he explained his head injuries by telling the congregation that he had apparently been mugged.

On Saturday a different explanation for the Bishop's injuries was reported by the Daily Mirror.

The paper alleged that the Bishop had been seen in a drunken state in Crucifix Lane near London Bridge where he reportedly set off the alarm of a Mercedes car parked outside the Suchard Free House.

The car's owner told newspaper reporters that her boyfriend had rushed outside and found a man who he later claimed to identify as the Bishop in the back seat of the car.

The newspaper reports suggest that as the man was removed the from the car he fell to the pavement and hit his head.

The car's owner told the Daily Mirror that she had later found the a bag containing the bishop's posessions in her vehicle.

Dr Butler's aides say that he is continuing with a full schedule of engagements.

A spokesman for Lambeth Palace said that the Archbishop of Canterbury wished Dr Butler a speedy recovery.

66-year-old Dr Butler, a regular broadcaster on Radio 4's Thought for the Day, has been Bishop of Southwark since 1998.