In a move that brings to mind Del Boy's infamous 'Peckham Spring' water, Selfridges has begun to sell what it describes as SE1-branded mineral water. 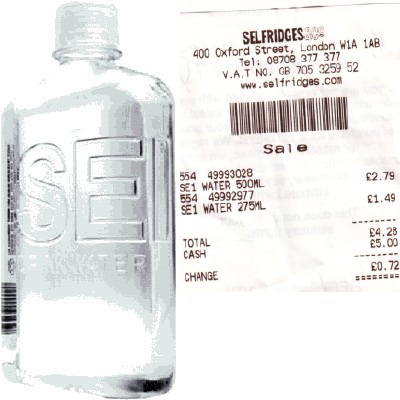 A "revolution in design"? 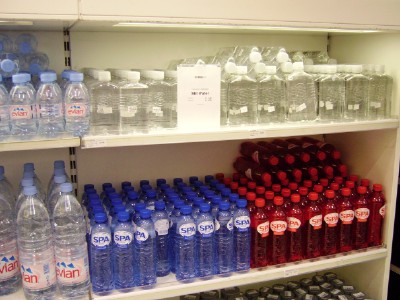 Selfridges says this is "the trendiest mineral water for Londoners"

But, unlike Derek Trotter, the Oxford Street department store is not selling Southwark tap water at a premium price.

The water – described as "crisp and pure" – comes from 3,500 miles away in the Catskills Mountains in New York.

Selfridges says that the branded water is already one of its top-selling grocery items at its four stores in London, Birmingham and Manchester.

The retailer claims that the plastic bottle is a "revolution in design" and waxes lyrical about SE1's "trendy hangouts and foodies' favoured haunts".

Whilst Selfridges is keen to play up the connection with what they describe as the "exclusive London postcode", an investigation by our reporter reveals that the local link isn't what it first seems.

Examination of the small print on the side of the bottle shows that the water is in fact called Sei and is available in the United States, Paris and Riaydh.

What do you think? Would you pay Ł2.79 for a "fashionable and useful bottle" of SE1 water? Have your say in our forum now.