Princesses, prostitutes, poets and physicians all figure in the history of Guy's Hospital which is being celebrated with a new permanent exhibition. 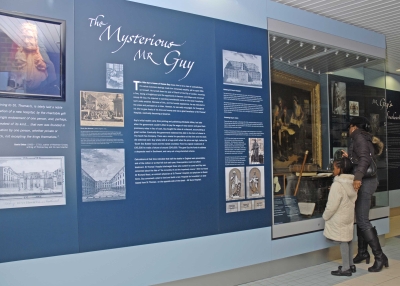 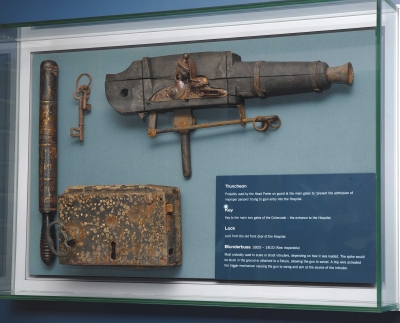 The mini-museum set up by Guy's and St Thomas' Charity can be found in Atrium 1 at Guy's Hospital with free admission for patients, their families and other visitors to the hospital.

"Gathering all of the objects and stories has been a fascinating experience and it is rewarding to see them all come together in this dynamic display," says Karen Sarkissian, director of art and heritage at the charity.

The Mysterious Mr Guy is Thomas Guy, bookseller, printer and publisher, who funded the original building in 1721. Land was leased for 999 years, but Guy died in 1724 before construction was completed. A bequest of one third of his estate ensured that the hospital opened and continues to serve patients today.

Mr Guy's Southwark explores the area's past. The origin of the local street name Snowsfields is revealed – tanned hides bleached in urine hung in rows that stretched like fields of snow – and visitors are reminded by unearthed tankards that Guy's mortuary stands on part of the site of The Tabard Inn where Chaucer's pilgrims began their journey in The Canterbury Tales.

Mr Guy's Hospital explores some of the eminent physicians and personalities associated with the institution, such as pathologist Thomas Hodgkin who discovered Hodgkin's Disease as well as bringing the stethoscope from Paris to the UK.

More sensationally, physician William Gull, a Guy's alumnus who treated the Prince of Wales for typhoid in 1871, was the first to use the term 'anorexia nervosa' and was a prime suspect for Jack the Ripper.

Poet John Keats was a medical student at Guy's from 1814. His stay in Southwark is recorded by a blue plaque in St Thomas' Street.

The Guy's mini museum complements the similar exhibition which opened in 2004 at St Thomas' Hospital.