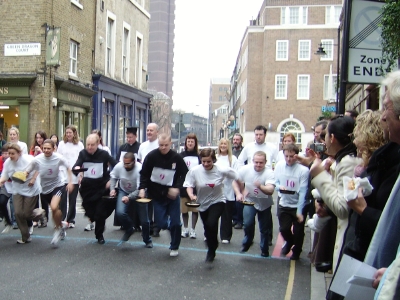 The race gets under way in Bedale Street 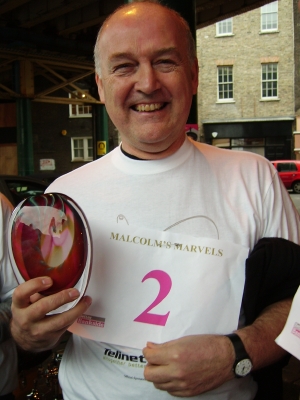 Winner Malcolm Pawley with the trophy 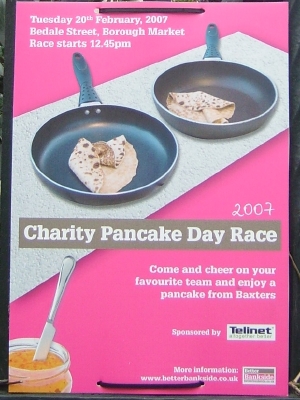 The winners were the architects Malcolm Pawley from nearby Clink Street. The Dean of Southwark presented team captain Malcolm Pawley with a glass trophy specially made by Peter Layton of London Glassblowing in Bermondsey.

During lunchtime there was a party atmosphere in the Green Market where live music entertained those queuing for freshly made pancakes.

Broadway, a homelessness charity based near Borough High Street, benefitted from the entry fees.

Already there are plans for the race to became an annual event after this year's contest became hugely oversubscribed with a long waiting list of teams anxious to take part.