A planning inquiry has opened at Southwark Cathedral to hear an appeal against the refusal of permission for a 23-storey tower next to Tate Modern. 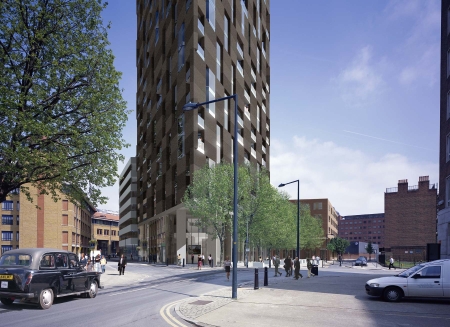 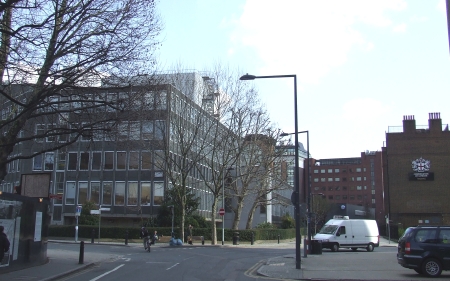 Multiplex – via Duelguide Property Investments – is proposing a mixed use development of three buildings on the site of 185 Park Street, the former National Grid headquarters, bounded by Park Street, Emerson Street and Sumner Street.

Colin Ball, the planning inspector appointed by the minister, heard Nathalie Lieven QC, opening for the appellants, say that the scheme turned down by Southwark Council had residential, office, retail, community facilities and open space. She described the plan as high density with no damaging effect on the environment.

"The benefits of the scheme are therefore overwhelming. The detriments are almost non-existant" added Miss Lieven who accused the Council of "taking a very precious attitude towards Tate Modern".

She also said that a very detailed analysis showed that there would be no material impact on St Paul's Cathedral or its setting and urged the inspector to visit Alexandra Palace to view sightlines of St Paul's and Tate Modern.

Daniel Kolinsky, counsel for Southwark Council, said that there were seven outstanding reasons for the refusal. He said that the Council had concerns over the setting of Tate Modern which was the defining feature of the south bank. The scheme's tower was too high and ran the danger of detracting from Tate Modern.

He said that the affordable housing element remained a live issue since the number planned was still below the Council threshold. He claimed that family dwellings had been shoehorned into the existing design without addition of any private amenity space.

Earlier architect Eric Parry explained the ideas behind having three buildings on the historic site which until the Second World War included a church and vicarage. The existing single building was erected in the 1960s.

Gary Rice, Southwark's principal design and conservation officer, said he viewed the proposed tower to the east of Tate Modern as "jarring" and a challenge to the height of the Tate chimney. He described "the gradual revelation of views of St Paul's" to those walking north along Great Guildford Street as important and warned that these would be reduced.

The hearing, including possible visits to Park Street and Alexandra Palace, is expected to last at least five days. The appellants have requested additional visits to two City of London buildings designed by Eric Parry.

A spokesperson for the Sumner Street residents, who are due to give evidence later in the week, has described plans for the south side as creating a "canyon".