The eve of St George's Day was celebrated with a cultural showcase in St George's Garden and a service to mark the installation of the new priest-in-charge at St George the Martyr church. 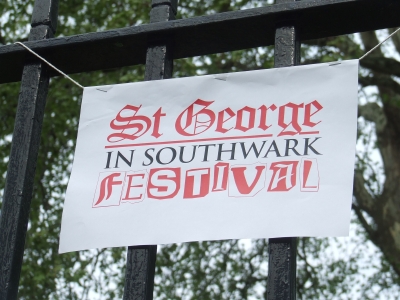 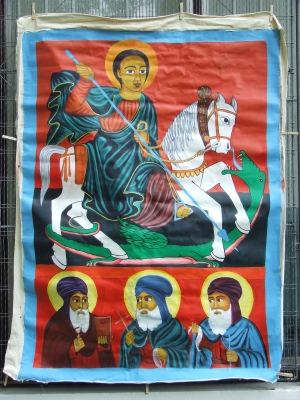 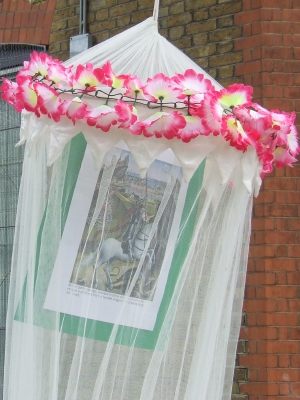 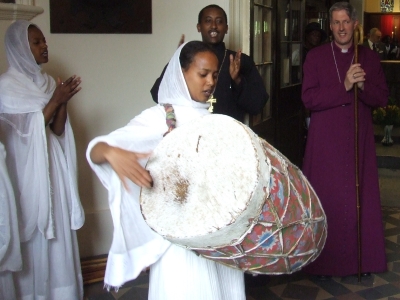 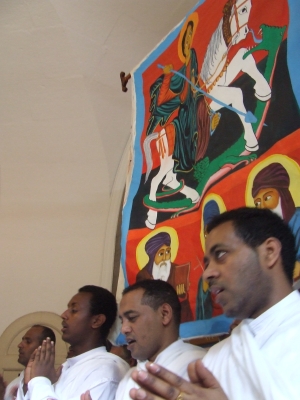 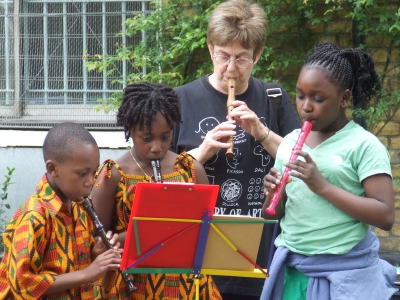 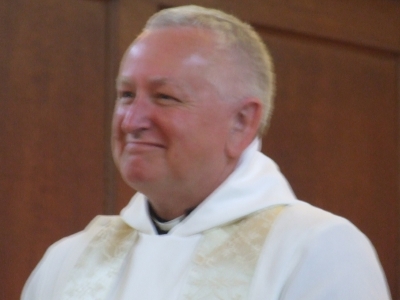 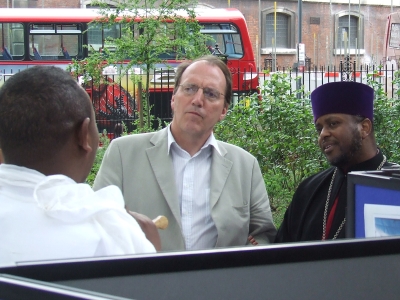 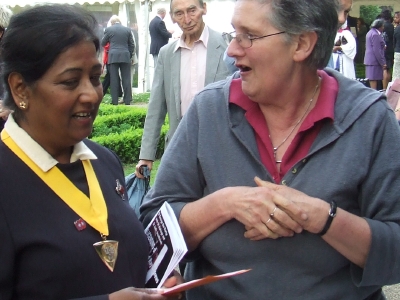 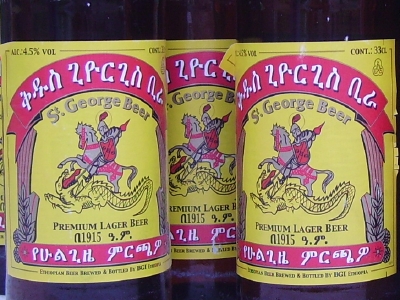 The cultural showcase was organised as part of the new St George in Southwark festival.

Local interfaith group Faith Around The Elephant (FATE) ran a banner-making activity for children on the theme of courage.

Southwark Cathedral organised a guided walk through Shakespeare's Elizabethan Southwark from the cathedral to the church of St George the Martyr.

Pupils from Borough Music School played 'Ode to Joy' and other tunes in St George's Garden.

Meanwhile across the road at the church of St George the Martyr Fr Ray Andrews was licensed as the parish's new priest-in-charge.

Arriving at St George the Martyr the Bishop of Woolwich, the Rt Revd Christopher Chessun, was greeted with a traditional Ethiopian song.

Around 300 guests, including comedian Jo Brand (with whom Fr Ray recently appeared on TV), packed into the newly reopened church for the service.