UPDATED: London Bridge and Waterloo East mainline stations were closed on Wednesday due to a fire in a workshop under railway arches in Bermondsey's Blue Anchor Lane. 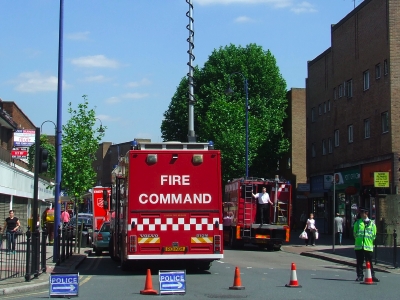 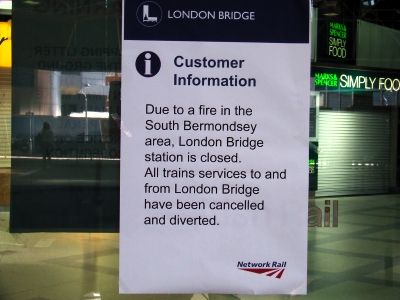 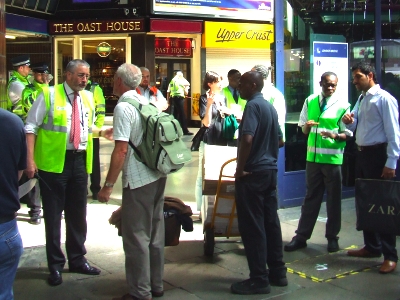 The concourse at London Bridge is sealed off 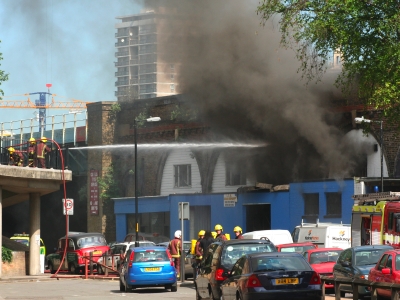 Network Rail has closed the railway line at the request of the London Fire Brigade due to the presence of acetylene cylinders in the MOT garage where the fire broke out.

The thick black smoke was visible from across central London.

Emergency services were called to the scene at about 10am on Wednesday morning.

One person has been injured in the fire. Emergency services say that their injuries are not life-threatening.

The restrictions were lifted at 1am on Thursday and services were back to normal for the morning rush hour.

Southwark Council says several hundred people were evacuated from their homes. An emergency centre for displaced residents was been set up at the Millpond Tenants' and Residents' Hall on Jamaica Road.

Southwark Park Road was closed to traffic east of St James's Road and the street has been filled with emergency vehicles. Salvation Army volunteers provided refreshments for firefighters and police officers.