The stars of the latest Harry Potter movie were at County Hall on the South Bank on Monday for a media launch. 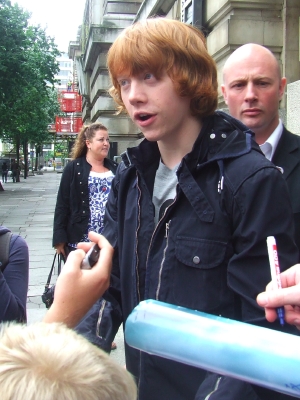 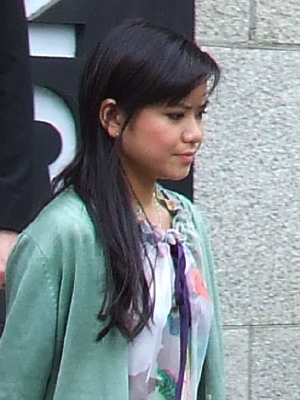 Having recently provided the setting for Celebrity Fame Academy the former GLC HQ's panelled rooms doubled as a rather different educational establishment: Hogwarts School of Witchcraft and Wizardry.

Whilst previous movies about the boy wizard have featured Borough Market and other local locations, the nearest Harry gets to SE1 in Order of the Phoenix is a broomstick ride past HMS Belfast and under Southwark and Blackfriars bridges.

After the County Hall press conference Rupert Grint, who plays Ron Weasley, paused in Belvedere Road to pose for photos with fans and sign autographs.

Harry Potter and the Order of the Phoenix is on general release from 12 July.

The movie can also be seen at the BFI IMAX in Waterloo – with a special 20-minute IMAX 3D-format finale – from 3 August.

Harry Potter and the Deathly Hallows

The final Harry Potter novel is published on 21 July and Lower Marsh booksellers Crockatt & Powell have come up with an innovative offer. Instead of competing with the deep discounts of the chain bookstores and supermarkets they are offering Harry Potter and the Deathly Hallows at the cover price of Ł17.99 – but for every copy sold they will give Ł9 to Johanna Primary School in Waterloo to spend on books for their library.