Southwark police have released images of a man they wish to speak to in connection with the attempted grievous bodily harm of a police constable close to London Bridge Station. 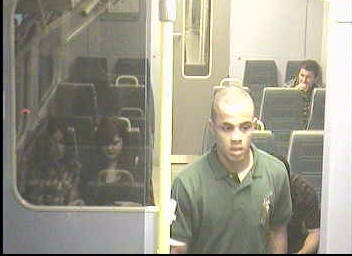 Police in Southwark are seeking a man who drove a stolen car into a police officer at London Bridge last month.

In the early hours of Wednesday 5 September a blue Audi A4 was stolen from a location near Chatham in Kent.

At approximately 12.15pm the same day the vehicle was spotted by officers being driven along Borough High Street. It was followed into St Thomas' Street and then turned into Joiner Street, which is a dead end.

The police car drove into Joiner Street and the two uniformed constables – one male and one female – got out and approached the Audi, which was attempting to turn around.

The female officer shouted at the driver to stop, at which point the driver proceeded to drive the Audi straight at her, accelerating and mounting the pavement in the process. The car struck her legs, pushing her forward so that she fell onto the bonnet of the car.

The driver accelerated past the stationary police car and onto St Thomas' Street with the officer still on the bonnet. She was flung from the bonnet but managed to hold on to the vehicle, being dragged along for a short distance before losing her grip.

The Audi drove off and crashed almost immediately. The driver got out and ran from the car. He made his way to London Bridge Station where he boarded a train.

The driver is described as a light skinned black man, aged approximately 22 years, 5'11" tall, of a thin build with very short hair. He was wearing a green polo shirt, black trousers and black shoes.

"The officer was extremely lucky that her injuries were not more serious," says DC Adrian Brown from Southwark CID.

"This man deliberately drove the vehicle directly at her and continued to drive even after knowing he had struck her, and despite the fact that she was being dragged along by the car he was driving, showing no regard for her safety.

"I would urge anyone who has information about the identity of the man pictured, or is aware of his whereabouts, to contact Southwark CID on 020 7232 6254."