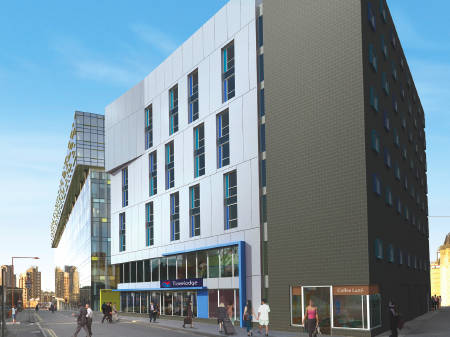 This new Travelodge is currently under construction on Union Street 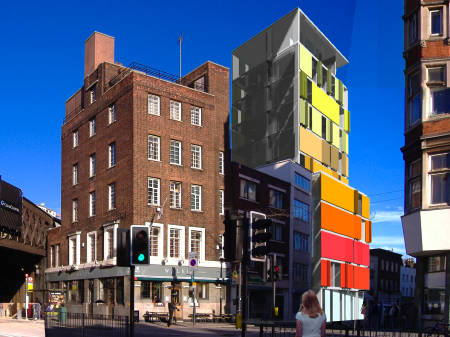 The exhibition covers the whole spectrum of the hotel industry from easyHotel and Travelodge to the five-star hotels planned for the Shard at London Bridge and the Beetham Tower at Blackfriars.

Some of the featured hotels – such as the Hilton London Tower Bridge by Jestico+Wiles and the Riverbank Park Plaza by RHWL on Albert Embankment – are already operational.

Two local schemes which haven't received much attention are Dexter Moren's 200-room Travelodge London Southwark currently under construction in Union Street and the Sleeperz Hotel proposed for the western end of Lower Marsh – designed by Southwark-based Clash Associates – which is currently at the pre-planning stage.

The new Staybridge Suites development coming to a site on Bear Lane is also featured.

Uncertainty continues to surround the London Bridge Tower, of which the five-star, 175-room Shangri-La hotel is an important element.

A model of the proposed Beetham tower at Blackfriars Road – albeit based on an earlier version of the plans – is one of the centrepieces of the exhibition. Dubai-based Jumeirah is lined as the operator of the 261-room five-star hotel which will occupy most of the tower.

There are plenty more hotels planned for north Southwark and north Lambeth that are not featured here, but this show is definitely worth a look if you are in the Tottenham Court Road area.

• The Away from Home exhibition is at New London Architecture, The Building Centre, Store Street SE1 until Saturday 27 October.