Visitors to London Road could have been misled by markings on a pedestrian crossing which instructed walkers to look away from oncoming traffic. 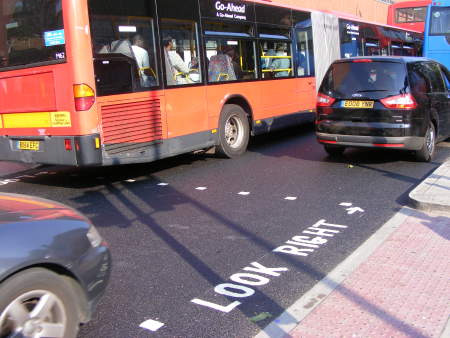 The London Road crossing on Wednesday 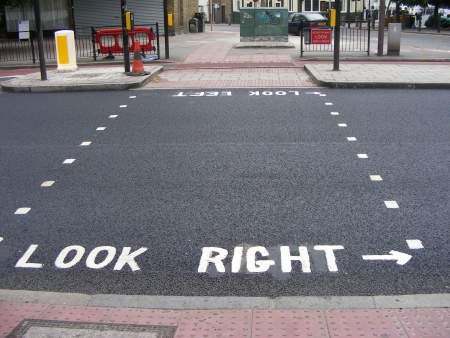 The crossing markings had been altered by Friday

The possible confusion follows the recent resurfacing work at the junction of Garden Row and London Road. This week a 'LOOK LEFT' warning was painted on the road at the pedestrian crossing although traffic comes from the right.

On the opposite side of the main road there was a new 'LOOK RIGHT' instruction where the traffic comes from the left.

Cllr Adele Morris, in whose Cathedrals ward the junction is located, reported the matter to Transport for London which controls all major roads.

By Friday contractors had carried out some swft repainting.

We invited Transport for London to comment but no response had been received by the time of publication.