Detectives investigating the murder of Hamouda Bessaad, who was stabbed last week on the Old Kent Road, have released CCTV of his final movements. 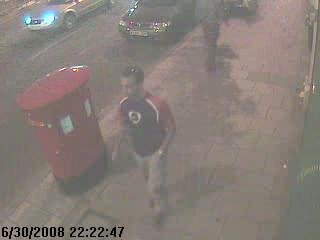 Hamouda, a 34-year-old Tunisian, was fatally stabbed at 10.25pm on Monday 30 June on the Old Kent Road between the junctions of Surrey Square and Madron Street, near Village Pizza and the Post Office.

He was found by officers on the other side of the road next to the Total petrol station with a single stab wound to his upper body. He was pronounced dead at the scene.

A post mortem at Greenwich Mortuary gave the cause of Hamouda's death as a stab wound to the upper body.

Detectives say that Hamouda was on his way to meet a friend when he was attacked by a group of four or five black male youths, one of whom was on a bicycle. It is believed he was attacked following an incident earlier in the day at a nearby internet cafe in which a young black man was ejected from the cafe.

A case of mistaken identity?

Officers think that despite having nothing to do with the incident – he was working in a different area at the time – the youths either attacked Mr Bessaad indiscriminately or they mistakenly identified him.

"Hamouda was a hard-working man and his senseless murder has devastated his wife in this country and his family in Tunisia, whom he used to financially support by sending some of his wages home," says Detective Chief Inspector Anthony McKeown from the Homicide and Serious Crime Command.

"His stabbing may have been the result of an incident earlier in the evening at the LAN Exchange and Internet Cafe at 268 Old Kent Road, which is 200 yards from where the victim was attacked, when a young black male was ejected from the premises following a row.

"Mr Bessaad had no connection whatsoever to that earlier incident, as he was at work elsewhere at the time it happened and didn't use that cafe. As the CCTV shows he was simply walking along the street on his way to meet to a friend.

"I am appealing to anyone who witnessed the murder or the incident earlier in the evening at the LAN Cafe to come forward. We know that area of the Old Kent Road would have busy at that time with pedestrians, and people in buses and cars caught in slow-moving traffic.

"Were you around the area at all that night and did you see a group of four to five black youths, possibly in their late teens to early twenties hanging around or running away the scene?

"Did you see or hear anything suspicious?"

On Tuesday 1 July two men were arrested in the area in connection with the inquiry. They were taken to a south London police station – one man, aged 42, was subsequently released with no further action; the other, a 29-year-old, is bailed to return in July pending further inquiries.