An open-air singalong with Billy Bragg on the South Bank was one of the highlights of the Open Weekend marking the launch of the Cultural Olympiad. 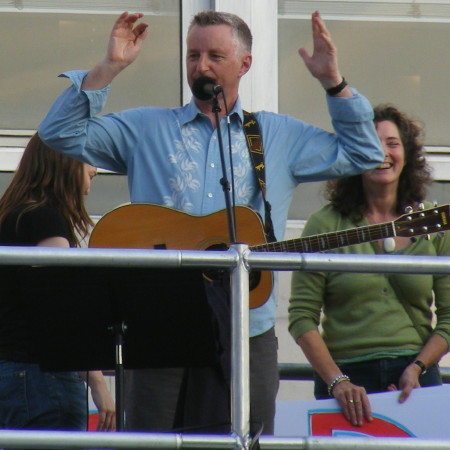 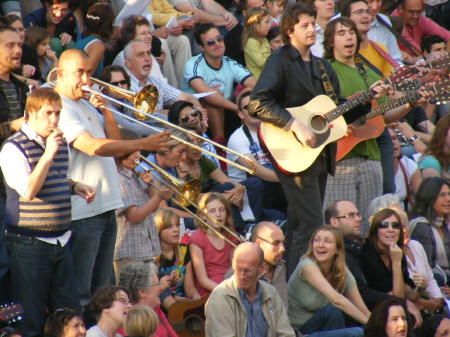 Introducing the Big Busk, Southbank Centre artistic director Jude Kelly told participants to "think of yourselves as Team GB buskers". Before the main event on Festival Riverside an open rehearsal was held in the Queen Elizabeth Hall foyer.

Kelly, who as well as her role at the Southbank Centre is also chair of culture, ceremonies and education for London 2012, promised that this Big Busk would be the first of many similar events on the South Bank.

Festival Riverside was crowded with people. Most were content to sing along but some had brought guitars, trombones and even a kazoo.

Other local events held as part of the Open Weekend included several curated by Street Geniuses in association with SOWF and members of the South Bank and Bankside Cultural Quarter.

The Ł40 million Cultural Olympiad is a nationwide programme that will run between now and 2012. Inspired by the founder of the modern Olympic movement Pierre de Coubertin's idea of a marriage of sport and the arts, the Cultural Olympiad is designed to celebrate Olympic and Paralympic values in the cultural field.