Amano Cafes Ltd, the local firm that ran four all-day cafe-bars in SE1, has been placed in administration. 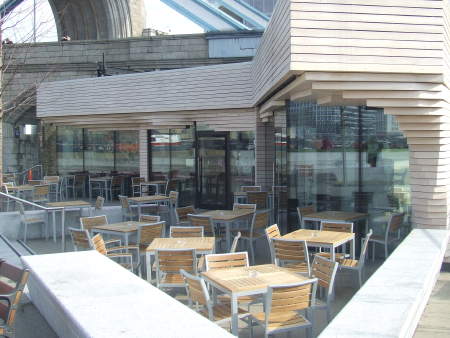 The firm's branches at the Blue Fin Building and Blossom Square next to Tower Bridge failed to re-open as advertised after the Christmas break, although the original Clink Street branch and Parkside kiosk next to City Hall remained open.

Administrators Begbies Traynor were appointed last week and a notice appeared this week in the London Gazette.

Emails and phone calls to the company have not been answered.

Jonathan Cooper and Ed Bentley opened the first Amano at Victor Wharf in Clink Street nearly five years ago. Both men had been involved in the EAT chain.

More recently the firm expanded to Land Securities' Bankside Mix development and to two kiosks on either side of Potters Fields Park.

There was also a branch at Land Securities' Cabot Circus shopping development in Bristol and the firm had been due to expand into the City at another LandSec development, New Street Square on New Fetter Lane.

A new company, Amano Clink Street Ltd, was formed just before the New Year with Amano Cafes investor and SE1 resident Permjot Valia as sole director and shareholder. We attempted to contact Mr Valia by email but no response was received.

The Potters Fields Park Management Trust will now be seeking a new cafe operator for the Blossom Square site next to Tower Bridge although the long-term future of that kiosk is uncertain due to the One Tower Bridge development.

Amano is not the only local food and drink business to be hit by the economic downturn – last autumn saw the closure of [email protected] and the short-lived Fashion Cafe at the Fashion & Textile Museum. Brisket Restaurant in Southwark Bridge Road also shut its doors in December.