A large congregation filled Lambeth Mission & St Mary's on Tuesday for the funeral of Marjorie Porter who has died aged 101. 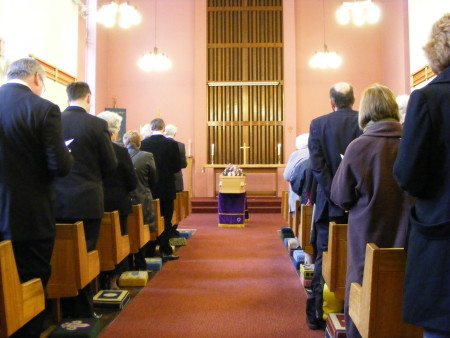 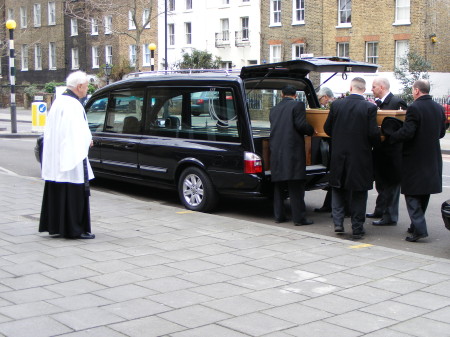 So large was the attendance that service sheets ran out and all the pews were filled.

Mrs Porter was a former headteacher of Johanna Primary School in Lower Marsh and continued to teach music until she was 98.

In 1999 she was awarded the MBE for her involvement with the community and in 2005 she published her autobiography I Was Different.

The service was at Lambeth Mission & St Mary's at her own request. The Revd Richard Moberly, former North Lambeth team vicar, said that he was presiding at her funeral having been asked by Marjorie who had been involved in the difficult decision in the 1970s to amalgamate the Anglican St Mary's with the Methodist mission.

He described Marjorie as "an almost permanent feature of the community" and recalled knowing her when she was married to her first husband Alderman Leonard Gaskin who died in 1961.

The address was given by Graham Jackson, former headteacher of Walnut Tree Walk School, who recalled "her vital role in the co-op movement and its links with Jamaica, helping to found Roots and Shoots and work with the NSPCC, the Labour Party and Lambeth Endowed Charities".

Mr Jackson, who had known Marjorie as a governor of his school, added: "We got to know a very complex human being". He said that she was someone capable of great kindness and sharp shafts of wisdom as well as a single-minded pursuit of an issue.

Mrs Porter had also been a supporter of the Museum of Garden History and Shakespeare's Globe.