At least eight fire engines were called to a major fire in a derelict building on New Kent Road late on Sunday night. 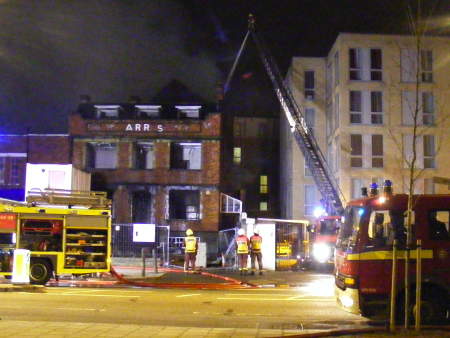 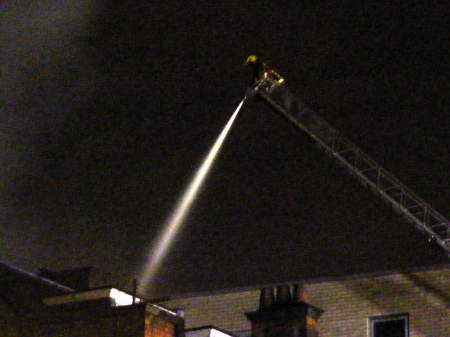 Firefighters tackle the blaze from the New Kent Road side 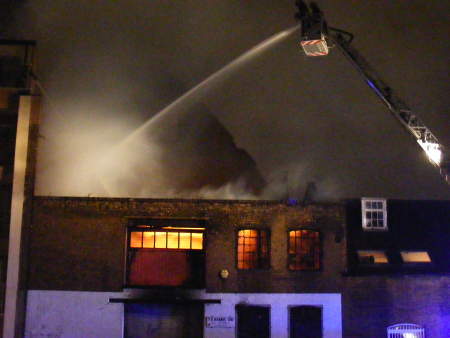 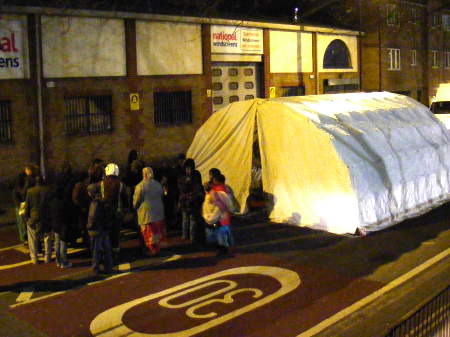 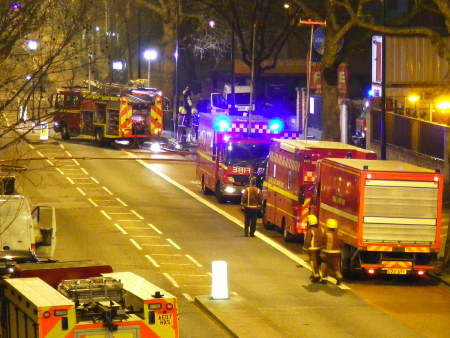 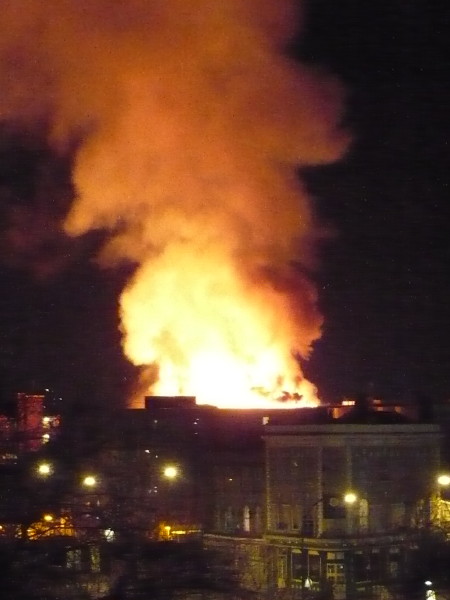 The fire caused significant damage to Hargreen House which has been empty since plumbers' merchants TA Harris Ltd moved out in 2005.

Hargreen House sits between Kwik Fit and Watling House on the south side of New Kent Road, opposite the Harper Road junction. The building extends south to Munton Road.

The fire brigade was called at about 11.30pm on Sunday night to reports of a fire in Munton Road.

At least 60 firefighters, eight fire engines plus two turntable ladders, command units and other fire brigade vehicles were sent to the scene.

Crews from fire stations including Southwark, Old Kent Road and Lambeth took part in the operation.

Firefighters stood on the roof of Rosa Parks House in Munton Road to try to tackle the flames.

The blaze was finally brought under control at 5.20am.

Residents of neighbouring Watling House and Rosa Parks House were evacuated to Rodney Place where the London Ambulance Service set up a tent to care for cold and distressed residents.

New Kent Road was closed to traffic between Rodney Place and Bricklayers Arms.

A helicopter was hovering over the scene of the blaze just before 1am on Monday.

One bystander said that he had seen the smoke from as far away as Rotherhithe.

• See more of our photos of the fire on Flickr