The Mayor of Lambeth cut the ribbon to launch a new Lahori cafe and takeaway in Waterloo on Monday. 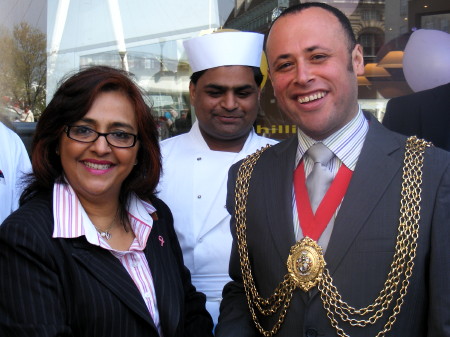 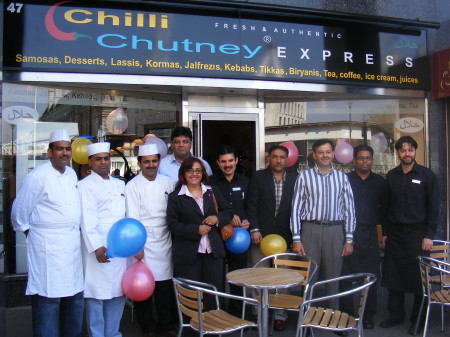 "It's an absolute delight to be here today," said Cllr Christopher Wellbelove, who has recently taken office as Mayor of Lambeth.

"I have been a customer of Chilli Chutney previously and thoroughly enjoyed the food.

"It's great at this time when there are so many businesses struggling that we've got an example here of a local business that's actually expanding and bringing more employment to the area."

Three years ago the firm opened a takeaway counter at a nearby Costcutter store and now they have their own outlet on the ground floor of Elizabeth House on York Road, directly opposite the London Eye.

The emphasis is on providing speedy service for local office workers and tourists: a lunch box costs Ł4.99 to eat in or Ł3.99 for a takeaway.

The Waterloo express outlet relies on the main kitchen back at base in Streatham.

As well as the Lahori cuisine, other snacks on offer include baguettes, paninis, coffee and ice cream.

The opening of the new shop coincides with the public inquiry into proposals by owners P&O for the redevelopment of Elizabeth House with three new skyscrapers.

Although highly-paid QCs are battling it out over the future of the site, Neelofar Khan believes the current buildings will be around for a while yet.

"I think we'll be here in five years," she says.