Mayor of London Boris Johnson greeted the Brighton to London Revolve Eco-Rally which ended in Potters Fields Park on Monday. 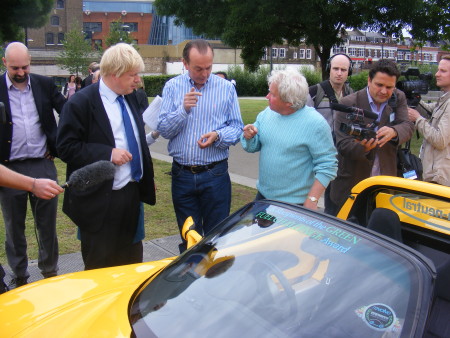 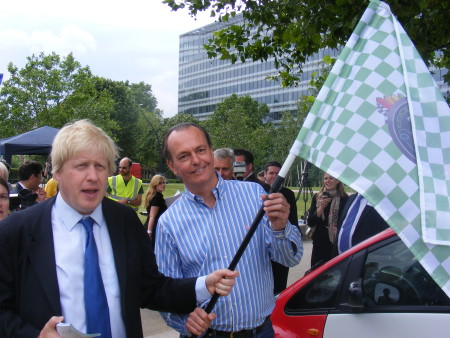 The Mayor toured the park hearing from vehicle manufacturers about the opportunities – and challenges – for making road travel less damaging to the environment.

Asked what had inspired him about what he had seen at the Green Car Day, the Mayor replied: "A huge number of things, all of which are producing a great deal of food for thought.

"They are all being fed into my biomethane catalytic cracker. There are some fantastic things here that we need to promote."

City Hall hosted a major conference on low carbon transport on Monday with speakers including new transport secretary Lord Adonis as well as the Mayor himself.

Mr Johnson announced that some of London's major fleet owners – who are already using electric vehicles in the capital – have signed up to work together with City Hall to share their experiences and to help other organisations to do the same. These companies are DHL Supply Chain, TNT Express, Go-Ahead London (who own the London Central and London General bus companies), UPS, Marks and Spencer, Sainsbury's and Speedy.

The Mayor's pledges include 25,000 charging points across London by 2015; 1,000 electric vehicles in the GLA fleet and a guarantee to retain the congestion charge exemption.