The Rime of the Ancient Mariner drew large audiences for its two outdoor performances on Saturday despite lead actor Jude Akuwudike being forced to drop out by swine flu. 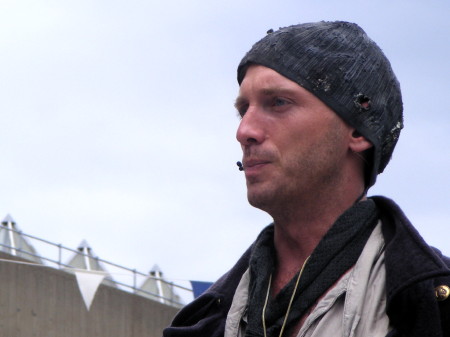 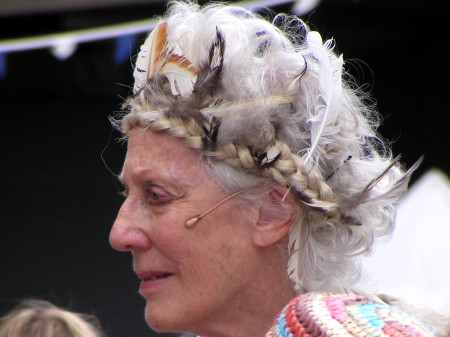 Janet Whiteside as the Albatross 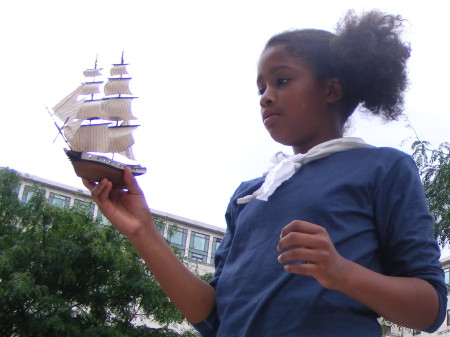 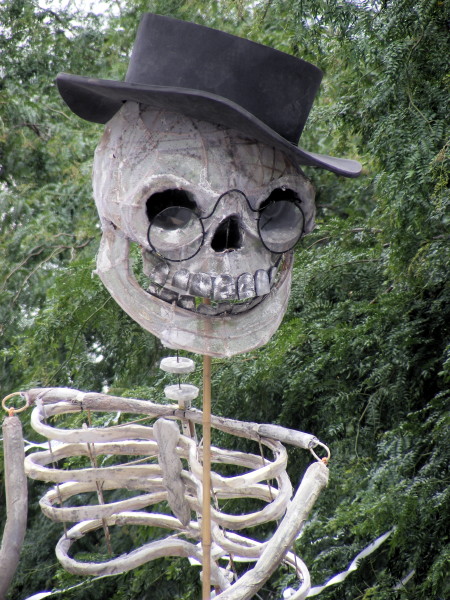 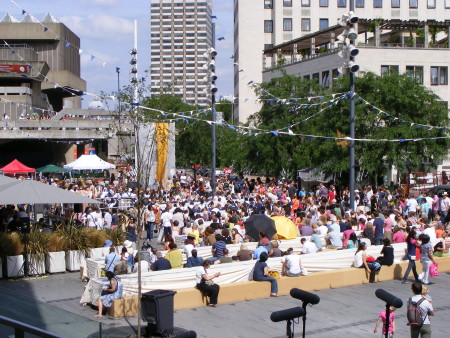 For the casual visitor the only clue that something might be amiss was the sight of the Ancient Mariner holding a script throughout the performance.

The role was performed by the director Andrew Steggall with the albatross played as planned by June Whiteside.

Those unable to find a seat at the long tables set up in Southbank Centre Square stood along Belvedere Road or found a vantage point on the Hayward Gallery terrace.

The performance opened with music from an approaching procession on the Royal Festival Hall upper level drifting down to the packed audience below. The show included the appearance of a veteran car, an ice cream van and a giant skeleton. The actors and the chorus moved around the space and up and down the tables giving the audience close up views of the action.

The Rime of the Ancient Mariner poem was written just over 200 years ago by Samuel Taylor Coleridge. This hour-long production was dedicated to musician and poet Keith Shadwick who had suggested the idea for the re-opening of the Royal Festival Hall in 2007. Before his death last year he discovered that Southbank Centre director of learning and participation Shan Maclennan also had a lifelong passion for the poem.

The result was the joint production by the Southbank Centre and the Young Vic involving 300 school children from five schools in Lambeth and Southwark: The Livity School, Heathbrook, St Peter's Walworth, Stockwell and Wyvil primary schools.

The show forms part of the London Literature Festival which continues at Southbank Centre until 16 July.

• Hear pupils from St Peter's Walworth talking about the project and taking part in a rehearsal last week.