Mayor Boris Johnson bolted into place the final beam of Park Plaza Westminster Bridge hotel to mark the 'topping out' on Tuesday evening amid rumours that the building could be the new home for MPs. 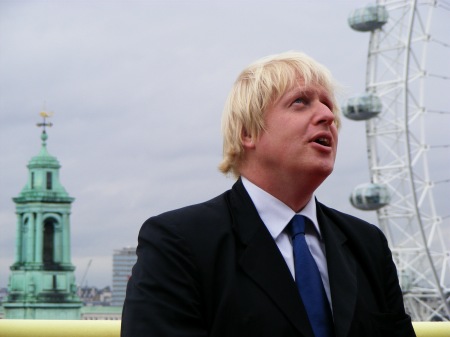 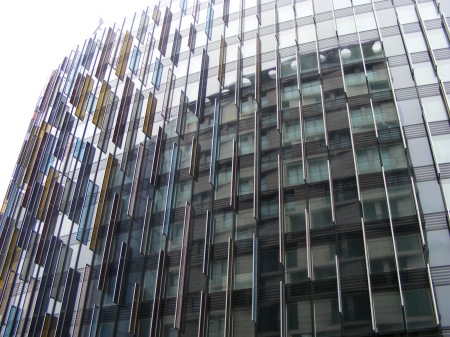 North front of the new hotel 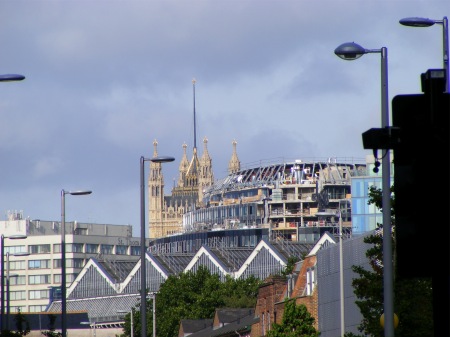 "I am pleased to announce here today that we are offering a very special rate to all 644 MPs" said Park Plaza Hotels president Boris Ivesha, speaking on a viewpoint terrace overlooking the Palace of Westminster. Earlier he had promised "affordable luxury".

The 16-storey hotel, on the GLC Roundabout site, has cost Ł350m and is scheduled to open next year with over a thousand bedrooms. Guests will be able to enjoy a luxury gym and spa.

Mr Ivesha told the Mayor, who had arrived on his bike, that there will be a hundred cycle parking spaces.

"This impressive development has removed an awful eyesore that has blighted this corner of the capital for too long," said the Mayor who is a former MP. "A sparkling new hotel is just what the South Bank needs. I am sure it will act as a major springboard for the regeneration plans for Waterloo Station and the surrounding area, on top of creating hundreds of jobs and boosting the local economy."

Park Plaza Hotels, which already operates two hotels in SE1, plans to employ approximately 800 people in the glass-pannelled building on the island site.

The chairman announced that the hotel, London's largest new build hotel, was ahead of schedule and on budget. It has already been included in the Olympic Accommodation Scheme.