The hearse carrying the body of David Squires stopped for a short period in Waterloo on its journey to the funeral at West Norwood. 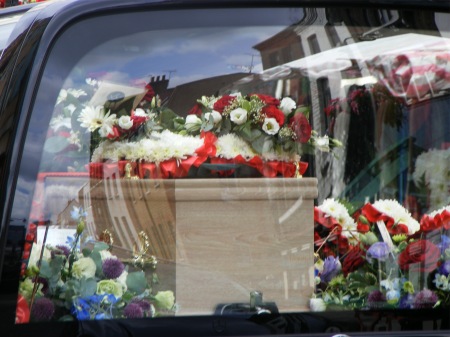 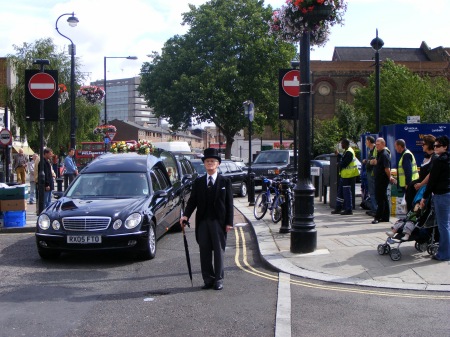 Colleagues on the pavement as the hearse arrives 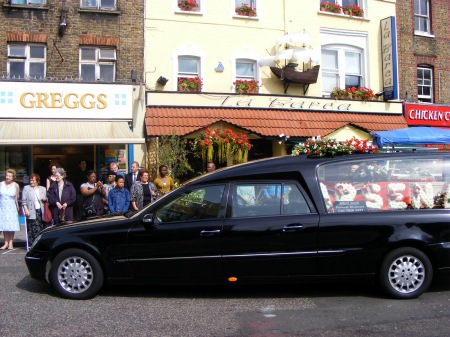 A crowd outside the shops 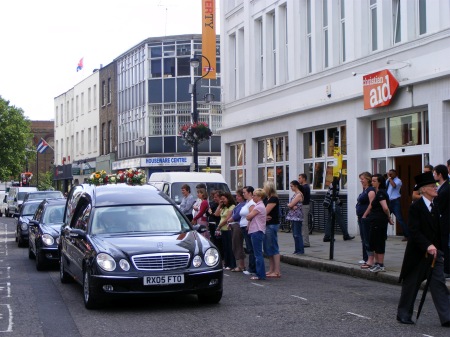 An unusual silence fell across Lower Marsh at 10.10am on Friday as Waterloo street sweeper David Squires' funeral cortege was spotted entering the market from Baylis Road.

Groups of residents and workers had been forming on the pavement from about 9.30am.

Dave's colleagues were gathered outside Cubana at the market entrance. Others lined the west side in front of La Barca and Greggs. Christian Aid staff stood in the road by their building on the opposite side. Further along traders and shopkeepers including Chris Smith at Greensmith's stood on the pavement.

The procession of cars paused at the top of the market before continuing at walking pace. The strength of feeling was demonstrated by the tears shed as people watched the procession disappear south into Westminster Bridge Road.

"He had the biggest heart in the world," said Michelle who was standing outside Casse-Croute . "He was a really good friend." Owner Naima described Dave as "one in a million".

A huge photograph by Rankin of the much-loved Waterloo personality was outside the Waterloo Action Centre where many people have signed a condolence book.