SE1 employers including Vinopolis, Better Bankside and Team London Bridge are part of a new Earn and Learn scheme which will create more than 100 jobs in Southwark. 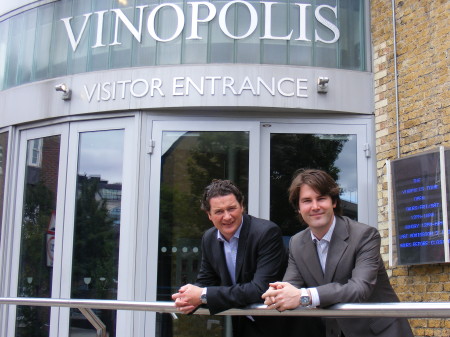 Southwark Council has received £728,000 of government money to support the creation of more than a hundred jobs.

The Earn and Learn programme will teach new skills to the jobless while they are working in 112 roles provided by local businesses and organisations, including positions in administration, tourism, events, the environment and community wardens.

The cash is part of a £1 billion Future Jobs Fund announced by the Chancellor in May to help kickstart employment opportunities and at the same time benefit the wider community.

Southwark Council worked with local businesses and organisations including Jobcentre Plus to pull together a bid featuring a programme of job creating projects.

The scheme will create a total of 112 new jobs starting this autumn. All jobs will last between nine and 12 months.

"The council and its business partners have raised the bar on this funding by turning what could be a short term project, into a much more comprehensive skills and workforce development programme.

"Southwark's Earn and Learn programme will partner local businesses with local people to help them get the kind of work or apprenticeship they want, with industry recognised training and, alongside our Southwark Works programme, support for career development after that."

Southwark Council is offering apprenticeships in horticulture, grounds maintenance, customer service and business administration, as well as roles with the community wardens service.

"At the end of it I'm very hopeful that we will have trained lots of people up who will go on to do other jobs," says Vinopolis managing director Rupert Ellwood. "I hope we'll retain quite a few of these recruits because we always need good staff.

"If we can train them ourselves then that's a much greater incentive to keep them for the long term."

As well as the successful Southwark bid to the Future Jobs Fund, the Department for Work and Pensions has also backed proposals from Southbank Centre in Lambeth which will employ local people to act as ambassadors for the arts complex.

The South Bank Employers' Group also plans to create jobs in the arts/cultural sector as part of the same Government scheme.