Plans for a 14-storey building on Blackfriars Road with a total of 447 hotel rooms have been given the green light by Southwark's planning committee. 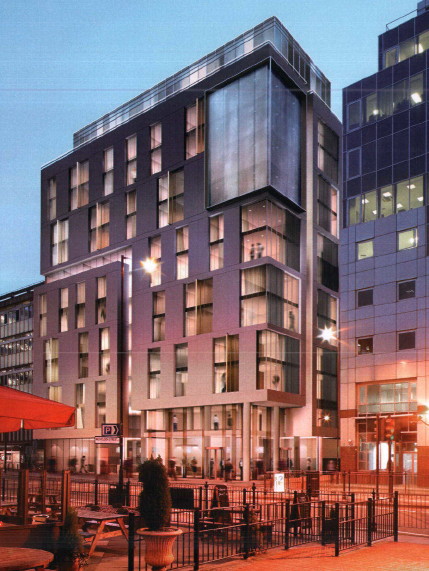 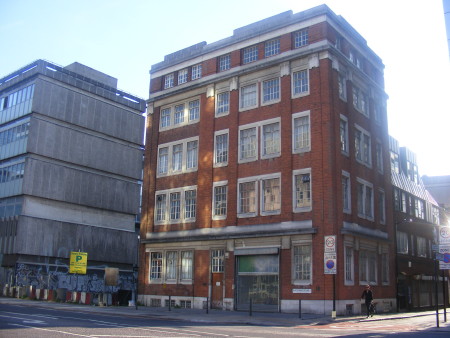 The site as it is now

Irish developers McAleer & Rushe bought the site at the corner of Blackfriars Road and Meymott Street in 2007 for a reported Ł25 million.

They are proposing to demolish the former Waterman Group building and replace it (and the adjacent car park) with two new hotels – a two-star brand and a 4-star brand – operated by the same company.

The new building has been designed by HKR Architects who are based in nearby Wootton Street.

Angus Monteith of McAleer & Rushe told councillors that a "major European hotel brand" has signed up to operate the hotels which would be completed by autumn 2011.

The proposal will include the widening of Meymott Street which will be given a raised carriageway and a smarter look.

Planning officer Yvonne Lewis told Southwark's planning committee on Tuesday night that the loss of the existing office space was deemed acceptable because of an oversupply of commercial premises in the locality, as well as a number of stalled office development schemes such as Wedge House and 240 Blackfriars Road.

Objectors to the planning application included the Friends of Hatfields Green who expressed concern about the combined effect of all the tall buildings proposed for the immediate area.

Blackfriars Medical Practice in Colombo Street also raised concerns about the impact on access to the surgery via Meymott Street.

McAleer & Rushe have indicated that they plan to start work on the hotel scheme as soon as archaeological investigations have been completed.

"Blackfriars Road needs developers to show confidence and get on with their schemes," said Angus Monteith.

"We have confidence in this scheme. We've got to encourage other developers to show the same confidence."

The planning committee unaninmously resolved to grant planning permission for the development which is subject to referral to the Mayor of London.