Designs on Delivery at London College of Communication

With the SE1 postal district being among the worst hit by the current strikes it is fascinating to be able to have a reminder of the great days of the Post Office. 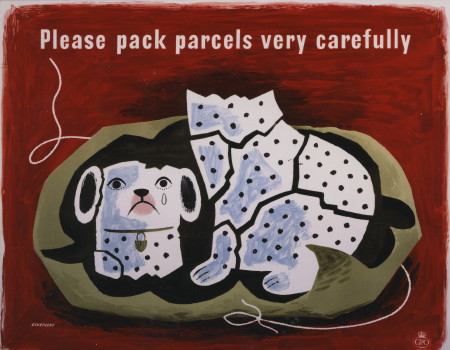 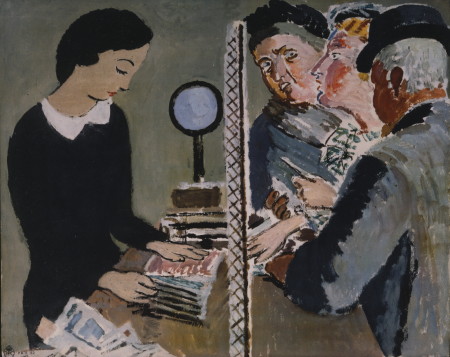 Designs on Delivery: GPO Posters from 1930 to 1960, staged by the British Postal Museum & Archive at the London College of Communication, spans the years when the Postmaster General sat in the cabinet and might be asked in the Commons to account for a lost letter.

One 1941 poster has the proud slogan "Public service is their watchword" above a list of Royal Mail workers including postmen and sorters.

In 1951 a poster announced that it cost just four pence to send a letter abroad. That design was by Tom Eckersley who in 1954 started the first course in graphic design at the London College of Printing which has become the LCC.

At the very Elephant & Castle building where the exhibition is being shown Eckersley presided as head of design for twenty years until 1977.

During those post-war years he was the leading poster designer with his work seen not just in post offices but on numerous underground stations. He even managed a display card for Hartley's in Bermondsey.

Eckersley's contemporaries who have work included here are Hans Unger, Edward Mcknight Kauffer and Barnett Freedman. These artists are better known for their London Transport posters but their always arresting work was familiar not just to London tube passengers but throughout the UK by way of post offices.

Surprises in this delightful free exhibition include The Last Minute by Vanessa Bell. Although the painting of a busy PO counter was commissioned it was never used and so has rarely been seen.

But the Post Office did not just move two million letters a day. It promoted savings and did so by making lengthy films with a moral message and some of these are also being shown.