Apple Day was marked by a Choral Eucharist in Southwark Cathedral on Sunday morning and the Lions part's annual October harvest celebration in Borough Market during the afternoon. 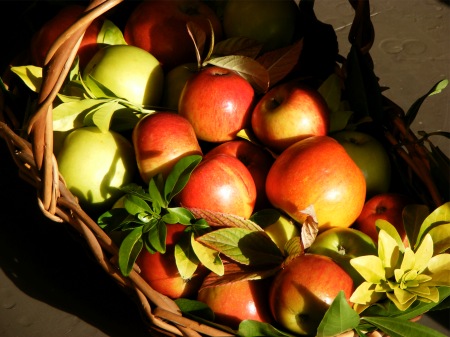 Basket of apples in the cathedral 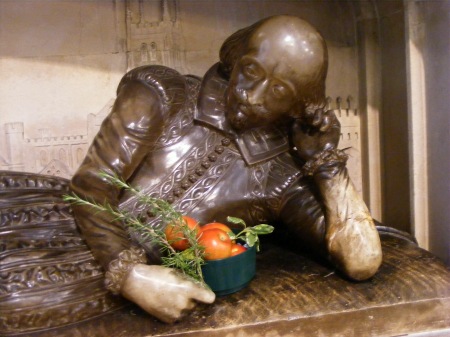 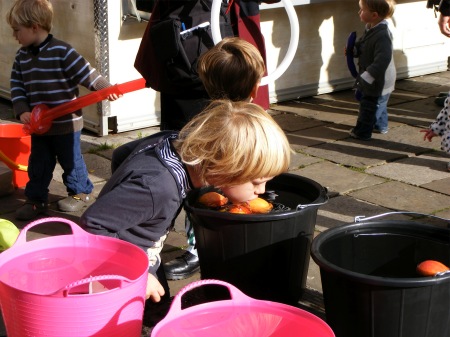 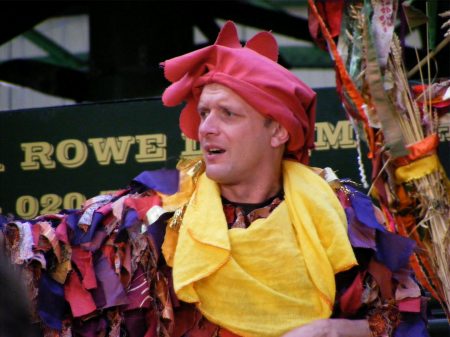 Tale of Chanticleer being performed in Borough Market 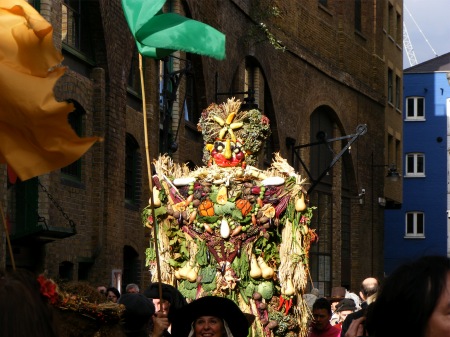 The Corne Queene in Stoney Street 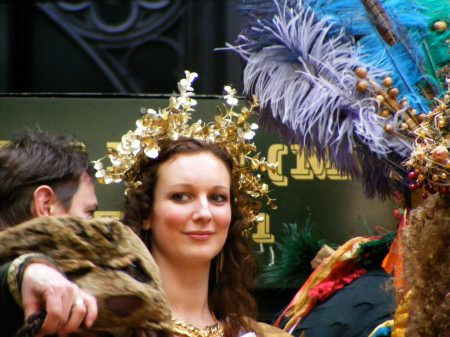 A symbolic basket of apples, provided by Booth's and Sugarman's on behalf of Borough Market, was presented at the cathedral altar. Earlier the choir had sung the anthem 'Jesus Christ, the apple tree'.

The Berry Man and the huge Corne Queene set out in procession from the Globe to Borough Market.

The Berry Man is the autumn version of May Day's Green Man and Twelfth Night's Holly Man. The Corne Queen was made at Roots and Shoots in Lambeth using corn traditionally harvested and set in sheaves.

Later on stage in the market there were performances by the Lions part of the Tale of Chanticleer and The Jolly Miller from Chaucer's Canterbury Tales.