The Ministry of Food at Imperial War Museum

This exhibition has plenty to offer on so many levels: it will appeal to the food enthusiast as well as those with an eye for design or an interest in art. 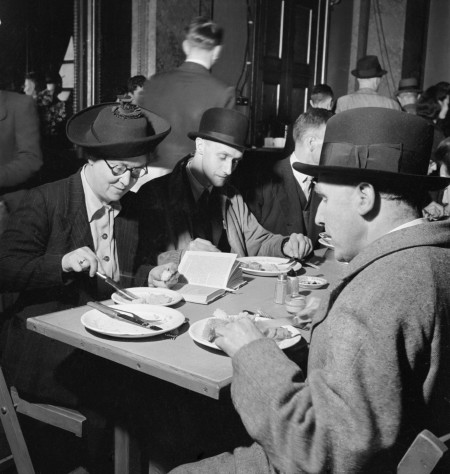 Timed to coincide with the 70th anniversary of the introduction of rationing, much of the propaganda in the exhibition about avoiding waste and promoting sustainable, local food production has obvious contemporary relevance.

The exhibition deals with how food was imported from the Empire, as well as the dig for victory campaign and the frugal and inventive cooking practised by housewives around the country.

Of local interest is the 1942 picture of the 'British Restaurant' at Fishmongers' Hall at the northern end of London Bridge.

'British Restaurants' provided low-cost, hearty food for thousands. The name was coined by Winston Churchill who rejected the working title of communal feeding centres which he said was "suggestive of communism and the workhouse".

The exhibition also deals with food in the aftermath of war – from victory parties in 1945 to the end of rationing in 1954.

As well as posters and photographs, the story of how Britain was fed in wartime is also told through the paintings of war artist Evelyn Dunbar.

The shop also has plenty of themed souvenirs, including 'ration' sweet tins and 'dig for victory' seed packets.