Cyclist killed at junction of Snowsfields and Weston Street

A male cyclist, believed to be in his early 20s, has been killed in a collision with a lorry at the junction of Snowsfields and Weston Street near Guy's Hospital. 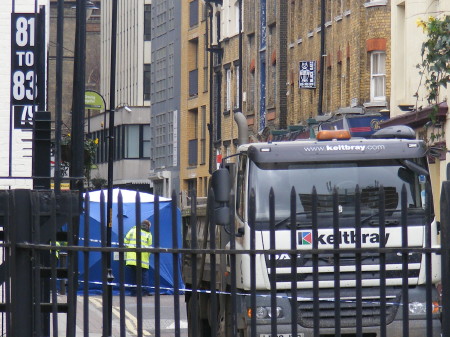 The scene of the accident viewed from Guy Street Park.

The police were called at about 9.50am on Tuesday morning to reports of a serious road traffic collision involving a lorry and a cyclist.

The male cyclist, who is believed to be in his early 20s, was pronounced dead at the scene.

Road closures are in place around the scene of the accident.

It is exactly four weeks since Professor David Vilaseca was killed whilst cycling at the junction of Tower Bridge Road and Druid Street.