Pope Benedict XVI will come to Lambeth Palace during his visit to the UK in September. 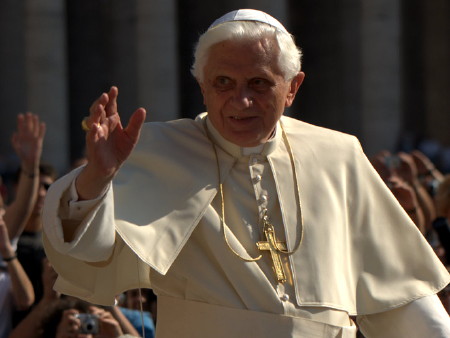 Photo by Sergey Gabdurakhmanov reproduced under a Creative Commons licence.

Pope Benedict XVI will come to London at the end of his UK visit between 16 and 19 September.

His itinerary will include talks with the Archbishop of Canterbury at his London residence in north Lambeth.

"The Pope's visit will be an opportunity to cement ties not only between the Holy See and the United Kingdom but also the Roman Catholic Church and other Christian churches in Scotland, England and Wales," says the Most Revd Rowan Williams, Archbishop of Canterbury.

"I look forward particularly to welcoming Pope Benedict to Lambeth Palace on behalf of the Church of England."

It is 28 years since a Pope has visited London. In 1982 Pope John Paul II visited St George's Cathedral in Southwark for the Anointing of the Sick.

• See pictures of the 1982 Papal visit to Southwark

• The official website of the Pope's 2010 visit to the UK can be found at www.thepapalvisit.org.uk