An established production company has decided to make Waterloo its new London headquarters and is busy completing a new film studio complex in Webber Street. 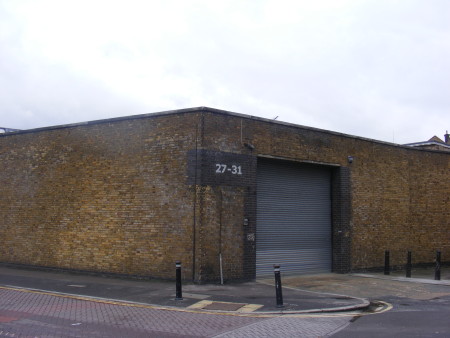 Waterloo Film Studios will feature four sound stages, support services such as make-up areas and green rooms, and post-production facilities. Three studios have already been completed and the complex is expected to be fully operational by mid-May.

Parent company Spectrecom outgrew their previous headquarters in Deptford and choose the former newspaper distribution warehouse in Waterloo for its size and central location.

"Now we're one of very few studios in zone 1 and there are a lot of other creative industries within a small radius so it gives us more potential to hook up with other like-minded businesses," said Christiaan.

The company said they will produce a mixture of television commercials, film work, music videos and corporate work and is also hoping to run training courses in areas such as editing, documentary filmmaking and music video production for underprivileged youth, as they did in Deptford.

"We're making introductions with organisations and charities in the local area who we might be able to work with," said Christiaan. "On many occasions people who've got to do the courses have gone on to work for us in paid capacities as runners and production assistants so it's really helped them get a foot up in the industry."