The Riverside Bookshop in Hay's Galleria was packed for the launch of Penny Rudge's book Foolish Lessons in Life and Love. 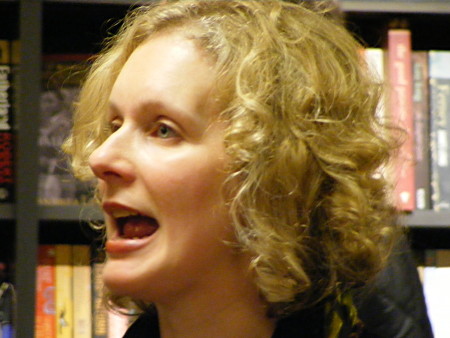 The novel has a cover featuring the familiar skyline including the London Eye and Gherkin seen from the SE1 riverside.

The inspiration came to Penny when she was on top of The Monument at the City end of London Bridge and looked back across to Southwark. Her story is set in SE1 with the main character Taras living a short distance from the Riverside Bookshop.

The party on Wednesday night was attended by friends and neighbours who have known the author in every stage of her life. Among those present were her parents who have recently moved from Surrey to Southwark as result of their daughter's enthusiasm for the area. Her brother is also an SE1 resident.

The book has been praised by former poet laureate Andrew Motion as "highly impressive and deeply enjoyable".

Jenny Parrott, editorial director at Abacus who bought the rights, has described the book as "a heart-warming and immensely readable literary debut" and Penny as "a sparkling name of the future".

• Foolish Lessons in Life and Love by Penny Rudge is published by Abacus; Ł11.99.