The Real Crisp Company brought its Real Election Poll to Waterloo to get people to demonstrate their voting intentions. 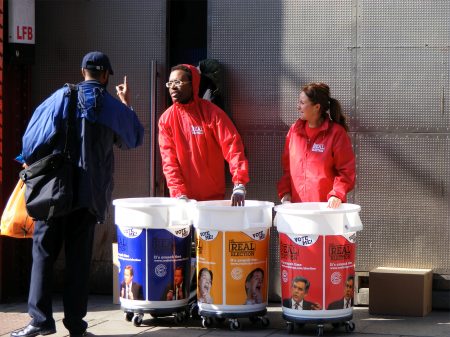 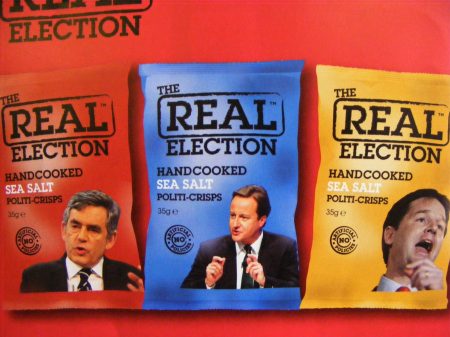 The three party bags on offer

There were blue, yellow and red bins each filled with packets of free crisps in Waterloo Road from 6.30am on Tuesday. Passers-by were invited to 'vote' by taking a bag from their preferred party bin.

By 10am the Conservatives were ahead although at the same time the Real Election Poll national result was putting the Tories at only 25 per cent with the Liberal Democrats in the lead with 44 per cent. However the all London poll had Labour in the 25 per cent slot.

Opinion on the pavement outside Waterloo Station was that some people chose a blue packet thinking it was salt and vinegar flavour whilst others suggested that commuters from Conservative seats outside the capital were having an undue influence in Waterloo.

Sampling is also taking place this week in Newcastle, Manchester, Liverpool and Birmingham.

The Real Election Poll will be back outside the main line station's Waterloo Road entrance on Tuesday 20 April.