The Labour Party has taken control of Southwark Council after eight years of Liberal Democrat domination. Most SE1 seats have remained in Lib Dem hands but a final result in Chaucer ward is still awaited. 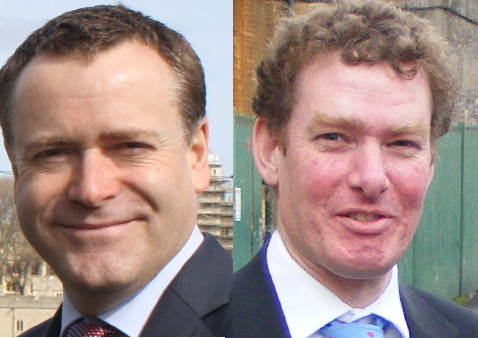 Labour's Peter John is likely to be the new leader of the council, replacing the Lib Dems' Nick Stanton

Traditional assumptions about Southwark borough politics have been challenged as a result of a high turnout caused by holding the local elections on the same day as the general election. Turnout was roughly double the level seen at the last borough elections in 2006.

The count for the council elections began on Friday afternoon and continued late into the evening. As the results were declared it gradually became clear that control of the borough was going to change hands.

Before the Chaucer result is confirmed, Labour already has 34 of the 63 seats on Southwark Council which means that the Lib Dem-led administration of the past eight years is clearly ejected from office. The Conservatives, who have been part of a joint administration since 2006, have also suffered with their previous tally of six councillors reduced to just three.

We focus our political coverage on the six wards which most closely relate to the boundaries of SE1. All wards elect three members.

A full recount was ordered in Chaucer ward with the result apparently even closer than in 2006 when just eight votes separated the third and fourth placed candidates. [Update: result now available]

In Grange ward Lib Dem incumbents Linda Manchester and Denise Capstick have been joined by Mark Gettleson.
• Hear the Grange declaration on AudioBoo

Sitting Lib Dem councillors Anood Al-Samerai, Eliza Mann and Nick Stanton were all reelected. The Conservatives have pushed Labour into third place in this ward which includes affluent Shad Thames as well as deprived Bermondsey estates.
• Hear the Riverside declaration on AudioBoo

South Bermondsey was a closer contest than in the past, with incumbent Lib Dem Paul Kyriacou now joined by newcomer Michael Bukola. Their Lib Dem colleague Graham Neale, latterly of Livesey ward, returns to the council after a four-year break. Just 140 votes separated the third-placed Lib Dem from the fourth-placed Labour candidate. Former Lib Dem Ade Lasaki, who defected to Labour just before the election, came fifth.
• Hear the South Bermondsey declaration on AudioBoo

Former East Walworth Lib Dem councillor Cathy Bowman makes a comeback to the council in Newington ward. A former executive member for regeneration she lost her seat in 2006 and subsequently worked as the coordinator of the Bankside Residents' Forum. Newington ward, which includes homes around the Elephant & Castle including the Draper Estate, is now a split ward with two Labour members and one Liberal Democrat.

East Walworth ward, which includes the Heygate Estate and Elephant & Castle Shopping Centre, now has three Labour councillors. It was previously a split ward with two Labour members and one Lib Dem councillor.

The change of control in Southwark raises many questions, including the prospect of joint working with neighbouring Labour-run Lambeth and the future of the Elephant & Castle regeneration deal which the Lib Dems had intended to sign next month.

Before the election we interviewed Southwark Labour leader Peter John; read what he had to say.