Three pupils from Bermondsey's City of London Academy will travel to NASA's Johnson Space Centre this summer after they won the British final of an international science competition. 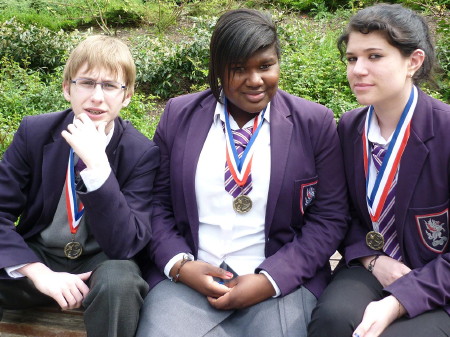 Joseph Dudley, Becky Follett and Loretta Grazette spent the last weekend in April at Imperial College designing a $220 billion space settlement to carry cargo and passengers between Earth and Mars.

The colony was designed to occupy an elliptical orbit around the Sun which intersected the orbits of both Mars and Earth, allowing the settlement to move between the two planets with minimal expenditure of power.

The settlement had to be self-sustaining, providing everything needed for life, so the team also designed an asteroid mining enterprise to give the settlement an economic purpose. The whole enterprise had to be costed, and the team had to convince a panel of scientists, with a 36-slide PowerPoint presentation, that their plan would work.

The International Space Settlement Design competition, established first as US competition in 1984, aims to combine a real insight into the pressures and needs of industry, combined with a brief to capture imaginations.

The winning company, made up of pupils from the City of London Academy, Pate's Grammar School, Gloucestershire, and Wallington County Grammar School, Surrey, will be sending 12 of its members to Houston in July.

"There was a moment of disbelief," said Joseph Dudley.

"For me this was an amazing opportunity to get involved with, especially since my school was a last minute addition as another school was unable to join the competition."

The Bermondsey trio will be amongst a dozen young people representing Great Britain in the international competition in Houston, Texas at the end of July where they will work to design the first settlement on the planet Mars in the year 2060.

The City of London Academy pupils were the youngest competitors in the event.

CoLA was the only state comprehensive school participating in the national final.