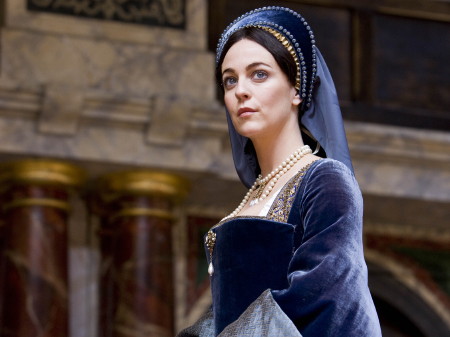 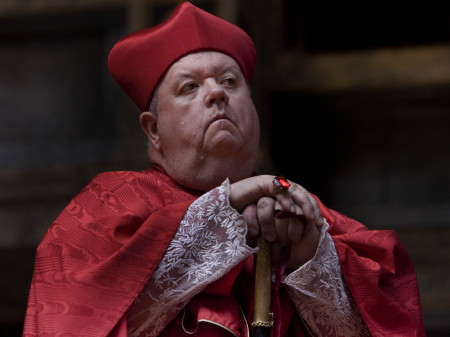 It must have had much resonance with the audience when the work was first performed in 1613. Shakespeare had resided in Southwark and for this play he had help from John Fletcher who lived in Park Street. He is buried in Southwark Cathedral alongside Shakespeare's brother.

The story recalls the years 1521 to 1536 when Henry VIII was seeking to divorce his first wife Katharine of Aragon who had failed to give birth to a son.

We see the Tudor court locked in a pivitol power struggle which changed the country for ever. The subsequent break with Rome had been traumatic even for young Shakespeare born after these events.

The Shakespeare family retained Catholic sympathies and William visited his old schoolfriend Robert Dibdale when he was jailed in Southwark's Clink Prison for keeping the Old Faith.

Most scenes are set nearby in Whitehall. The divorce hearing is in Blackfriars Priory across the Thames where in 1613 Shakespeare owned a house.

Henry VIII is played by the young athletic Dominic Rowan who manages to remind us that the king was once an attractive figure. Kate Duchêne plays the Spanish Katharine of Aragon who has to be serene, fiesty and then suddenly aged and bitter.

Ian McNiece looks and sounds as Cardinal Wolsey should. Even for the dance at the end he does not pretend to be athletic. Miranda Raison of BBC Spooks is the young next wife Ann Bullen.

Other characters are former local residents. Bishop of Winchester Stephen Gardiner, played by John Dougall, lived in Clink Street. The Duke of Suffolk, played by Dickson Tyrrell, had a large house in Borough High Street.

There was a nervous titter when a porter turned on the groundlings to say: "Ye rascals: do you take the court for Paris-garden?"

But in 1613 the audience would have roared with laughter at a mention of the notorious Paris Garden which was the area around Blackfriars Road known for its brothel.

Shakespeare knew the Paris Garden's Swan Theatre, on the Bankside Lofts site, as this was where his plays had been first performed twenty years earlier. Was this line written by Shakespeare or Fletcher?

There was no gun salute when the King entered. Maybe this would have been a distraction as we know that during the third or fourth performance it was the cannon which caused a spark to set the theatre on fire.

A bottle of beer was used to douse a player's burning costume but the thatched building was lost. Why did the flame run so quickly round the theatre? One theory is that even in Act I the audience was too absorbed in the play to notice.

This latest production in the new Globe on Bankside must be at least as sumptuous and absorbing as the first. For a Southwark resident this will be the most rewarding play this year.