Pedestrians at the Elephant & Castle had a miraculous escape on Thursday morning when a lorry overturned at the southern roundabout and poured gravel onto the ramp leading to the subway. 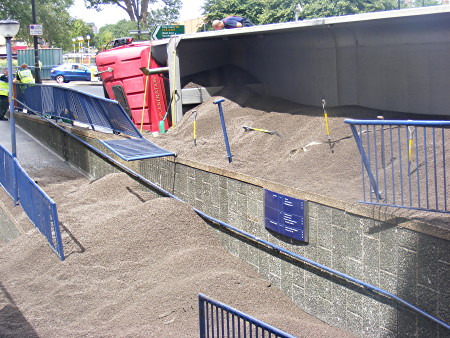 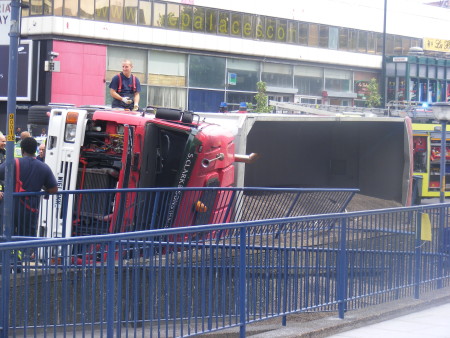 According to a police officer at the scene, the lorry driver was taken to hospital but was not thought to be seriously injured.

No pedestrians were injured.

Fire crews from Lambeth and Clerkenwell were called to the scene, as well as police officers and ambulances.

The aftermath of the incident caused serious delays to traffic on the Walworth Road and surrounding streets.

The pedestrian subways are due to be removed next year as part of the long-awaited transformation of the southern roundabout into a three-way signalled junction with surface-level crossings.

Three years ago a car plunged into the subway on the other side of the roundabout.