The Railway Children at Waterloo Station

A crowd-pleasing, spectacularly-staged summer blockbuster, in a most unlikely but apt destination. 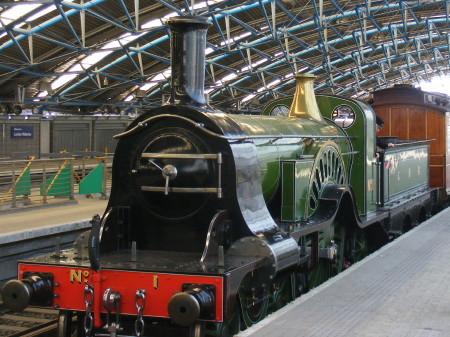 It's a wonderful idea – staging that much loved book and film, The Railway Children, in an actual railway station – Waterloo. And it is the setting and staging of this production which makes it so magical.

You can't help but be enchanted by the accurate recreation of a provincial Victorian railway station, complete with footbridge, signal box, luggage and station bicycle (which is cycled up and down the platform).

The ingenious, moveable staging allows the production to shift seamlessly between London and Yorkshire, interior and exterior.

The comings and goings of trains are brilliantly imagined; steam, whistles and a physical rumbling under foot meaning that little suspension of disbelief is required (the distant sounds from Waterloo's actual trains, full of commuters heading home, only add to the effect).

However, everyone present knows the star of the show is due to be a real steam train – an 1870 locomotive, pulling a carriage used in the 1970 film.

You can feel the audience on the edge of their seats, anticipating its arrival, and the oohs and aahs when the train finally makes its appearance are indicative of the extent to which the spectators are enjoying the spectacle.

The cast are all full of enthusiasm and vigour, and it is difficult to not warm to them. Perhaps inevitably the plot feels a little disjointed and rushed, as there is only so much of the novel that can be translated into the two hour production.

But for anyone seeking a family-friendly evening at the theatre, or a heart-warming, feel-good play, it would be hard to beat The Railway Children.

Plus the production may satisfy those that criticise the upkeep cost of the disused former Eurostar terminal – at least for now.