Southside FM is back on the airwaves this August

The youth-led media project and radio station has been going for six years and aims to present young people in a positive light. 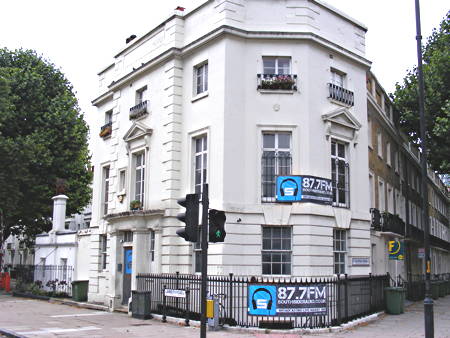 Formerly a centre for homeless people, the space on Lambeth Road has been turned into a place for 11-19 year olds to learn more about the media industry.

Since it started the scheme has grown with more equipment and people attending and it aims to engage with 200 young people in August alone.

They will participate in a number of workshops on all areas of the media as well as running the radio station.

Southside FM broadcasts for the month of August and shows are hosted and produced by teens. Throughout the rest of the year the space can be booked to record music and attend workshops given on all sorts of things from song writing to graphic design.

11-19 year olds are encouraged to use the space and as Southside does not require a membership, anyone is welcome.

"We're trying to make the most out of the space that we have and aiming to be open as much as possible," says youth worker Rachel Bridge.

"We're hoping to get funding in so that we can keep developing the space so that it is accessible for everyone which will give young people an alternative to being out and involved in stuff that isn't going to be helpful for them."

The Southside team always want to offer more activities that appeal to young people. For example they are starting animation workshops as many are interested in this area.

Southside broadcast live from The Mix summer festival at Burgess Park on Saturday and in October they will showcase what they have been doing over the summer months at an exhibition in the Morley Gallery.

• To book studio space or for more information go to www.southsideonline.co.uk
• Listen to Simon Hughes MP on Southside FM