A sculpture by Danuta Solowiej has been placed in the east garden of St George the Martyr Church as part of the Polish Art Festival ARTeria. 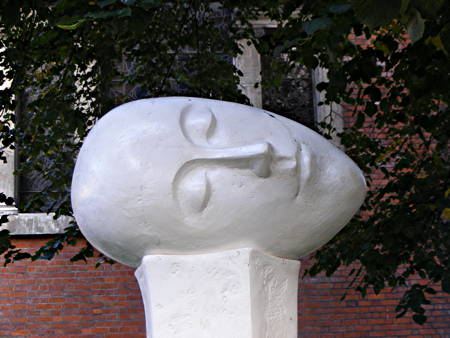 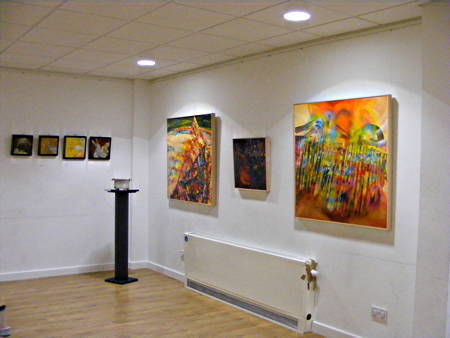 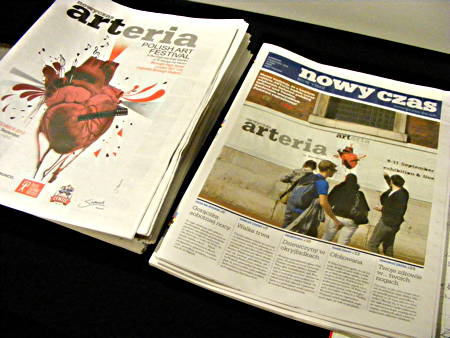 The work consists of a head resting on a fragmented column and is visible from Long Lane.

"The contentment of the facial expression is intended to evoke peacefulness and act as an invitation to slow down, think and contemplate' says Danuta who created the piece in her Tabard Street studio nearby.

Her recent exhibition Traces of Feelings toured her homeland of Poland. The Queen's 80th birthday crown issued in 2006 by the Royal Mint was designed by Danuta. She is hoping that her latest sculpture can be cast in bronze and become a permanent feature.

Also in the garden as part of the Polish Art Festival is a cycle wheel sculpture by Elzbieta Chojak who runs the Rickshaw House Gallery in Blackfriars Road.

The festival opened on Thursday with a concert in the church followed by the launch of an art exhibition in the crypt.

"Our group, even though homogeneous ethnically, is also diverse because we all come from different parts of Poland," says the exhibition curator Tomaz Stando who wants Londoners to enjoy the show featuring eighteen Polish artists.

"We are different ages and we have different views of art and life in general. Each one of us has been here for a different period of time as well."

The festival is organised by the the Nowy Czas newspaper. Backers include the Polish Cultural Institute and Borough & Bankside Community Council.

• The exhibition can be viewed from 1pm to 10pm on Friday and Saturday and there is live music in the evening on both days.