Tate has been given a five-year extension to the planning permission for its proposed National Art Collections Centre in Mandela Way. 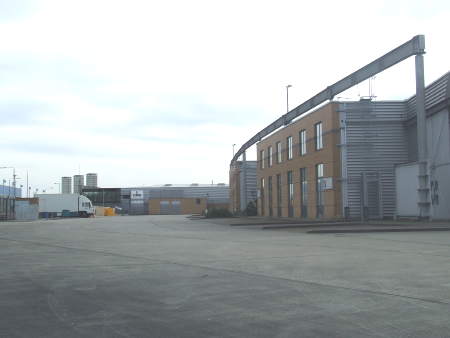 Tate plans to build a new centre for the storage and conservation of national art collections in the yard of its existing Mandela Way premises.

It has teamed up with the National Portrait Gallery to share the proposed new facility – designed by Grimshaw Architects – which will include an 80-seat auditorium, cafe, training rooms and other public facilities.

Planning permission for the development lapsed in August but Tate has taken advantage of a change in Government planning rules to seek a five-year extension to the permission to enable it to raise funds for the scheme when the economy has picked up.

Donald Hyslop, Tate's director of regeneration and community partnerships, told Southwark's planning committee that the new centre is a long-held aspiration for Tate and an integral part of its future plans.

"The economic situation from the beginning of 2008 curtailed our ability to generate funds for our capital projects and consequently we had to focus our efforts on the Transforming Tate Modern project at Bankside which was granted permission in 2008," he said.

"We think we will be able to revert more fully to the [collections centre] project after 2012 when we think conditions will have improved and we think there will be more lottery funding available for the arts after the Olympics.

"In the meantime we haven't stood still on elements of the project and we've advanced our plans for sharing the store with the National Portrait Gallery which will ensure that it does become a national collections facility."

The planning committee voted unanimously to extend Tate's planning permission for the scheme.

In recent weeks a mock-up of part of the Tate Modern extension has been erected in the yard of the Tate Store in Mandela Way.