Lambeth spells out its welcome to visitors with designer bike rack

One of the controversial 'Welcome to Lambeth' signs installed last summer at a cost of about £1,000 has been removed from Waterloo Road and replaced with a new designer bicycle rack. 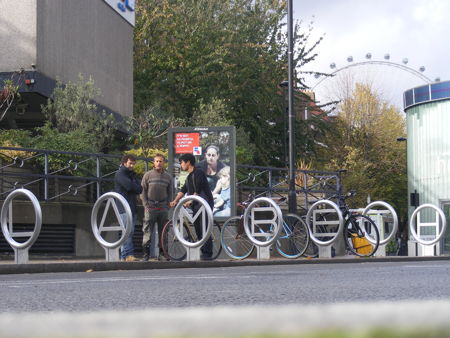 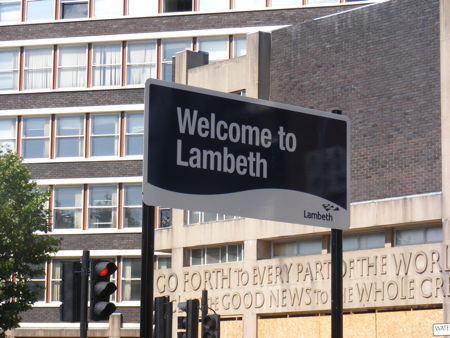 The new bike parking has been installed on the Southwark/Lambeth border outside the headquarters of the London Ambulance Service in Waterloo Road.

Anthony devised the Cyclehoop – which converts bollards and lamposts into secure cycle parking – after his bike was stolen by a thief who lifted it over the signpost it was attached to.

Now Anthony has designed a new type of bicycle rack for Lambeth Council based on a concept he drew up for use in New York. It serves a dual purpose: as well as providing useful parking spaces for bikes, it is also a gateway to the borough.

"Two years ago there was a competition in New York asking for cycle parking designs," says Anthony. "We entered some designs and won a competition for indoor parking.

"We submitted this design which said N – Y – C. Unfortunately we didn't win, but Lambeth were one of the first councils to take it on."

The installation has been funded from the council's cycle parking budget, and there are plans for similar bike racks at other points around the Lambeth borough boundary.

To avoid clutter the council has removed the blue 'Welcome to Lambeth' sign which was installed at the same location just over a year ago.

"We felt there was a need to provide gateway signs to distinguish Lambeth from neighbouring boroughs as well as to improve awareness of Lambeth," the council said last year in response to a petition calling for the removal of the notices which cost approximately Ł1,000 each.

The signs were denounced as a sign of "overbearing bureaucracy and rather sinister politicising of neighbourhoods" by Spectator columnist and Sunday Telegraph deputy political editor Melissa Kite.