Bermondsey Square has been named as London's best new public space at the London Planning Awards held at City Hall on Thursday night. 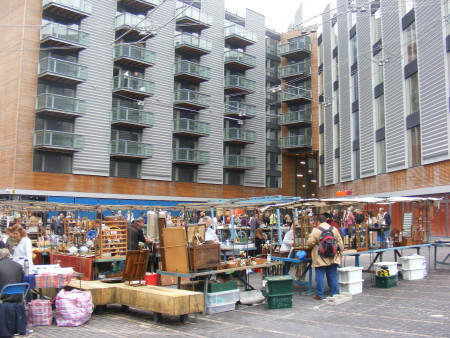 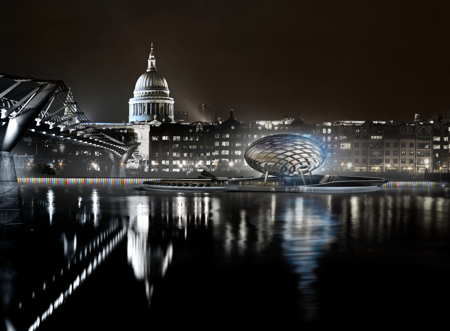 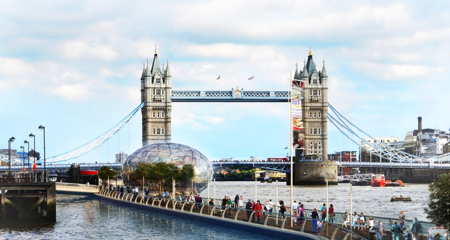 How London River Park could transform the Pool of London

The citation for Bermondsey Square's award was read by Deputy Mayor of London Sir Simon Milton. He said: "Developed in partnership with users and neighbours, this precise design is carefully detailed.

Meanwhile plans to create a new mile-long floating river walk along the north bank of the River Thames, connecting Blackfriars Bridge with the Tower of London, have won the Mayor's Award for 'planning excellence'.

Designed by global architects and planners Gensler as part of the London 2012 celebrations, the 'London River Park' is a conceptual idea to provide a continuous floating pontoon to run parallel to the existing pathways and streets that currently connect this important stretch of the City of London's river frontage.

The design also includes five large themed pavilions which, following the 2012 Olympic Games, can be used to stage large events and will also deliver a lasting legacy for London by incorporating new riverbus piers and moorings.

"The brilliance of this design, apart from its sheer beauty, is that it will act as a fantastic catalyst for rejuvenating the Thames as a major transport artery," says Boris Johnson, Mayor of London.

"It also respects the northern shoreline allowing users to hop on and off to explore its iconic landmarks and wander through the meandering backstreets of the historic City of London. I am in no doubt that this could become one of the capital's most popular attractions for years to come and urge investors to grab the opportunity to turn this vision into a reality.

"Yet again, the standard of this year's entries is excellent. From libraries and schools to village greens, town squares and even railway lines, the sheer variety of the projects submitted gives me great confidence that progress towards transforming London is reaching every corner of this great city."