Southwark's cabinet is expected to approve the sale of an empty patch of land on the Old Kent Road for use as a new mosque to be developed by the Muslim Association of Nigeria. 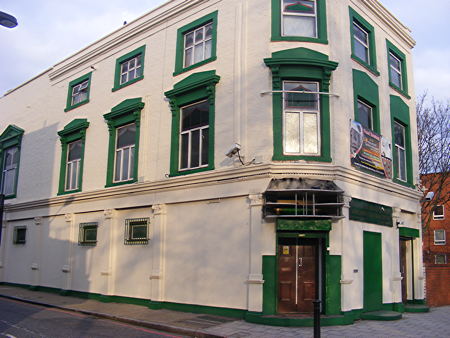 The existing mosque, which opened in 1999, is too small for the number of worshippers it draws to the area 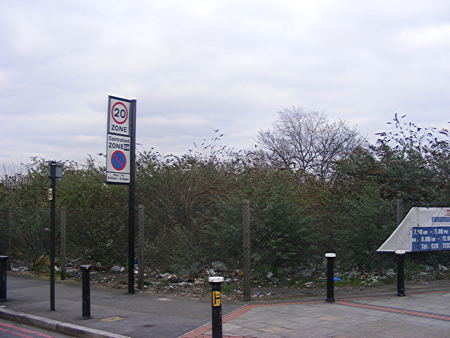 The former Esso garage is overgrown and run down

The existing Old Kent Road Mosque opened in the former Duke of Kent pub at the corner of Rowcross Street in 1999 but the Muslim Association of Nigeria soon outgrew the building and has been raising funds for several years towards the development of a purpose-built home.

On Tuesday Southwark's cabinet is expected to agree the sale of the former Esso petrol station at the corner of Old Kent Road and Marlborough Grove.

The site was formerly occupied by the Old Kent Road swimming baths and in the 1960s was redeveloped as a petrol station. Esso holds a lease on the council-owned site until 2061.

Southwark Council and Esso will share the proceeds from the sale of the site, which is subject to planning permission being granted for the new mosque.

"The site is currently overgrown and an eyesore," says Cllr Richard Livingstone, the council's cabinet member for resources.

"The sale of this land will generate a significant capital receipt for the authority. It would also allow the Muslim Association of Nigeria to move from their current premises that creates some significant pressure on car parking on the neighbouring housing estate."

Last year the Muslim Association of Nigeria was honoured at the Southwark Civic Awards for its inter-faith, education and community work.