Designs for an opera set in the Elephant & Castle Shopping Centre have been put on display at a major national theatre exhibition in Cardiff. 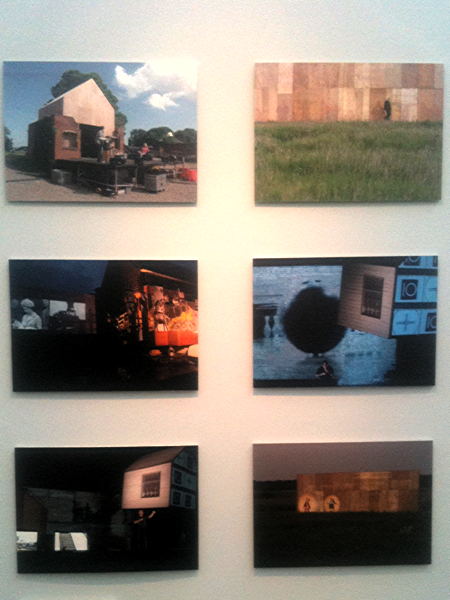 Blake Morrison's Elephant and Castle opera was staged in Suffolk (rather than Southwark) in 2007.

The story has been described as "a dark version of Hansel and Gretel". Two children go missing in the shopping centre and the audience gradually discovers what has happened to them as they promenade around Snape Maltings Concert Hall and its landscape.

Pippa Nissen's designs for the production comprised seven installations, including a 'photography fantasy' of Elephant & Castle and a theatre set of the shopping centre in the auditorium.

The exhibition Transformation & Revelation: UK Design for Performance 2007-2011 can be seen at the Royal Welsh College of Music and Drama in Cardiff until 16 April.

A subset of the exhibition will represent the UK at the 2011 Prague Quadrennial International Exhibition this summer. A selection of designs will be on display at the Victoria & Albert Museum during 2012.

The exhibition also features Joanna Scotcher's designs for The Railway Children at Waterloo International. The play based on E Nesbit's novel for children returns to the former Eurostar terminal for a second run this summer.

The exhibition includes an Oakworth station sign and a model of Scotcher's set design with the audience seated on either side of a railway track.

Also on show in Cardiff are designs for productions staged at the Young Vic, National Theatre, Southwark Playhouse and Unicorn Theatre.

The show, which highlights groundbreaking designs from the UK theatre scene during the past four years, has been staged by the Society of British Theatre Designers.