The London College of Communication at Elephant & Castle proposes to set its tuition fees at £9,000 a year from 2012. 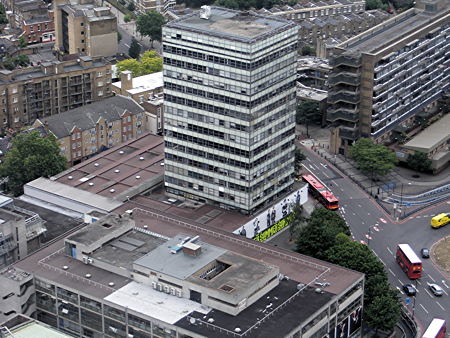 The college is part of the University of the Arts London which has announced its proposed package of fees and measures to be submitted to the Office of Fair Access for approval.

The university has chosen to charge the maximum possible fee despite Government assurances that Ł9,000 fees would be the exception rather than the rule.

"As a specialist university for teaching and research in art, design and communication, we are set to lose nearly all of the teaching funding we receive from the government," said university rector Nigel Carrington in an email to staff on Tuesday.

"Because of that loss and because our costs reflect our London locations and specialist resources, we would need to charge 2012/13 fees of more than Ł8,600 simply to stand still; by charging Ł9,000 we will be able to increase our investment in access measures to widen participation and continue to invest in the student academic experience in order to meet the high standards our students expect."

"The blind use of finances as the sole criterion for justifying the size and shape of welfare, healthcare and educational provisions must be fought against; the tendency to refer to students as 'consumers' is grossly misrepresentative, highly regressive and must be resisted," he said.

"Whilst we recognise that the relationship between students and institutions is fundamentally shifting, it would not accurate for us to be speaking of 'value for money'.

"As few students will ever be able to pay their Ł27,000 tuition fee up front we should reflect such measures and speak of 'value for debt'. It is up to both ourselves and the university management to ensure that we do not fall into the consumerist trap.

"The Ł9,000 fee level raises some serious concerns surrounding access to arts education; UAL currently recruits just over 30 per cent of its students from non-traditional or widening participation backgrounds.

"It is extremely hard to predict how this figure will alter in the coming years and difficult to see exactly how the Government's access programme will alleviate concerns."

Last week London South Bank University, also based at Elephant & Castle, announced its proposed fees. It plans to charge students up to Ł8,450 a year.