Tube passengers at Elephant & Castle could face daily closures due to overcrowding if the station isn't rebuilt to meed the demand from extra passengers living and working at new developments in the area, Transport for London has warned. 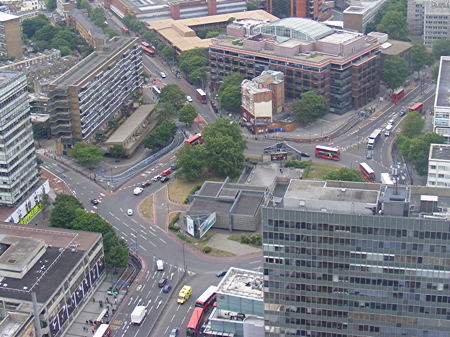 Everyone agrees that Elephant & Castle's Northern line station should be rebuilt, but there is no consensus on who should pay for the work

On Friday Southwark's regeneration scrutiny sub-committee held a session to consider means of funding the estimated Ł160 million cost of rebuilding the Northern line underground station at Elephant & Castle and the Ł20 million scheme to remodel the northern roundabout.

The question of who should pay for the rebuilding of the Northern line station with escalators instead of lifts – an essential change if hundreds of new homes, offices and shops are to be built nearby – has long been a point of contention between Southwark Council, the Mayor of London and Transport for London.

The committee heard from Val Shawcross who represents Lambeth & Southwark on the London Assembly. She set out the current state of play and outlined how the council could use a community infrastructure levy (CIL) to raise money from developments around the Elephant to bridge the funding gap.

"My personal view is that the public sector should be making a contribution here," she said, adding that she hoped that a new Mayor of London would look favourably at the transport and regeneration benefits of investing in infrastructure at Elephant & Castle.

"I don't think that the GLA family has done enough for the Elephant over the years," she added, before reiterating her long-standing criticism of Boris Johnson for abandoning the proposed Cross River Tram which would have served the Elephant.

"I do think that the community infrastructure levy is a possible tool for us to use at Elephant & Castle for getting money for transport, but we are also mindful that it would be on top of the Crossrail levy that Transport for London is putting in," said Cllr Fiona Colley, Southwark's cabinet member for regeneration.

"We felt that Crossrail is not as much of a benefit to Southwark as TfL thinks it is," she added.

Cllr Colley warned that TfL's refusal to contribute cash for the tube station works could mean that Southwark residents miss out on other benefits from the Elephant regeneration.

She said: "It's worth remembering that people want more from this development in terms of infrastructure investment and community developments than just the transport, and I think there's a real risk that if Transport for London don't put some money in … that all of the developer contributions will go into transport and I don't think that's what people in this borough want.

She added: "There are already problems with the transport at Elephant & Castle and it shouldn't just fall to the new developments to bear the costs of improvements."

Alex Williams from Transport for London told the committee that the proposed regeneration would cause the transport infrastructure to break down if improvements were not made.

"TfL wants the regeneration of Elephant & Castle to happen and be a success – be in no doubt about that," he said, pointing to the transformation of the southern roundabout as evidence of the organisation's commitment to change in the area.

But he warned that private developers such as Lend Lease and St Modwen would have to meet most of the costs of any major works to the underground station.

"The Northern line station is at a tipping point," he said. "It can cope just about now, but if you look at the scale of change being proposed in the opportunity area, it won't cope. You'll get regular gateline closures – probably every day – and the station will be shut for a time."

He added: "The people who cause it to tip over should contribute first."

"We clearly want [the regeneration] to happen, but we don't want to be left with a very large price tag for us to pick up to enable it to be a success. At the moment the price tag you are leaving us with is Ł185 million, and that is completely unacceptable."